Eddi is a 19-year-old Hungarian Sport Horse gelding. He lives at Kincsem Sport Horse Stable in Szodliget, Hungary, which is a show horse training facility and riding school. Eddie has a history of actively competing in the horse show circuit in Hungary for many years, until he was traded in for a younger horse by his previous owner. He was sold to the Stable owner who intended to use him as a lesson horse. However, Mirtil was a riding instructor at the school, and knew that life as a lesson horse was going to be really hard on Eddi. Since Mirtil had always been very fond of Eddi, she decided to buy him from the stable owner. He was a good horse, and still performed well in competition, so she continued to show him. Before the start of every show season, Mirtil routinely gets her horses examined by her veterinarian, Dr. Gergely Csepanyi, to ensure they are in good health. Mirtil scheduled an appointment with Dr. Csepanyi to come to the stable to examine Eddi.

Mirtil in a jumping lesson with Eddi

Dr. Csepanyi arrived on the farm on a Thursday. Mirtil had ridden Eddi in a jumping lesson on Wednesday, where he performed wonderfully without any detectable signs of lameness or pain. During his vet appointment, Eddi had no noticeable signs of lameness during his lameness exam. However, during the physical exam, Dr. Csepanyi came across a small bone swelling on Eddi’s left forelimb, in the vicinity of the splint bone. Radiographs revealed that Eddi had a closed splint bone fracture.

Treatment: Thinking Outside the (Stall) Box

Dr. Csepanyi recommended conservative management of Eddi’s fractured splint bone, which included a minimum of 6-8 weeks of confinement with a support bandage in a stall. In 4 weeks he would come back out to the stable and take updated radiographs of the fracture to assess how the bone was healing. Although Mirtil was relieved to hear that Eddi didn’t require surgery (which is needed in many cases of horses with splint bone fractures), she was a bit concerned about how Eddi was going to handle the stall confinement. With Dr. Csepanyi’s approval, Mirtil constructed a mini paddock (the same size as a standard horse stall) inside the pasture Eddi was normally turned out in during the day. This way, he could still be able to see the other horses he would normally be turned out with in the pasture. 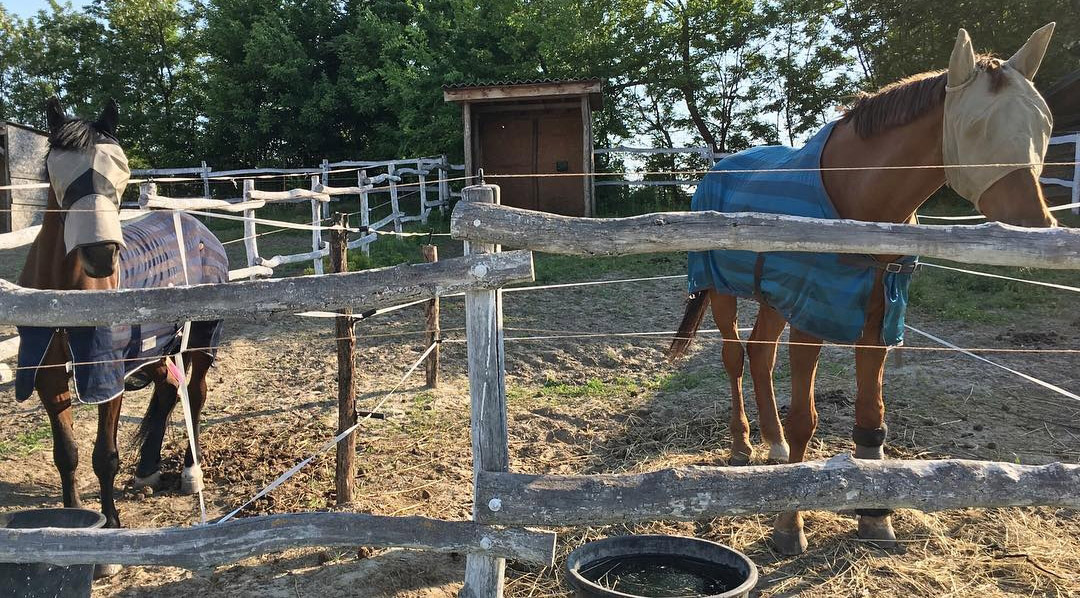 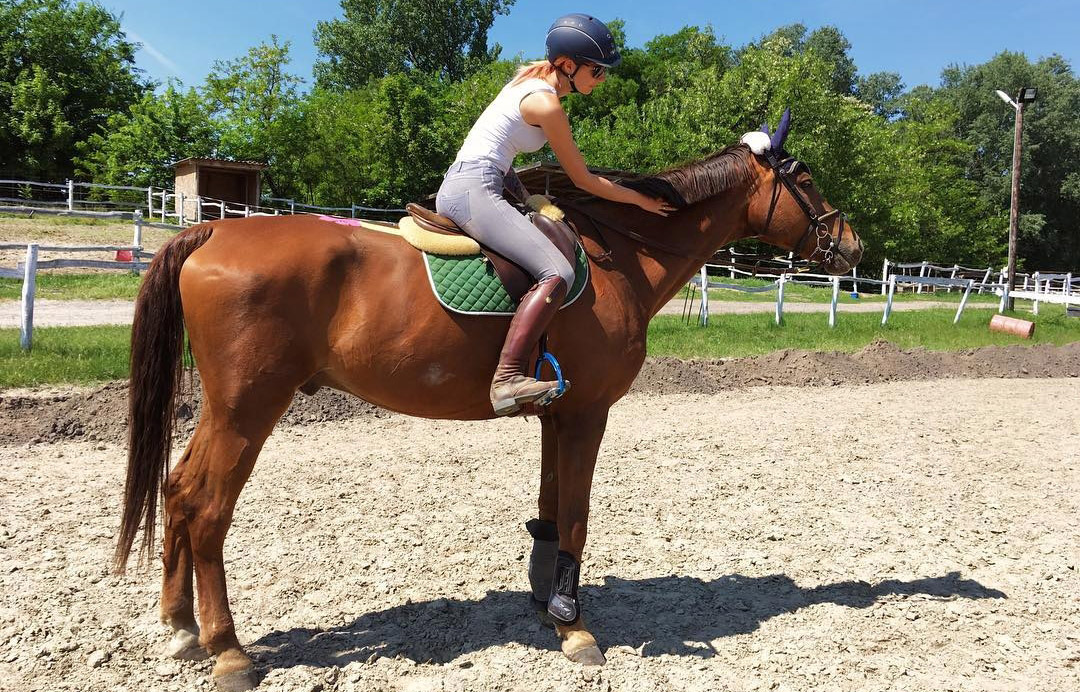 Mirtil riding Eddi after his fracture healed
Eddi is currently able to be turned back out in the pasture with his horse friends and is back in regular work---exercising 3 to 4 times a week. Although he is still a little stiff, Mirtil’s kinesiologist is working on helping with that. Dr. Csepanyi has since told Mirtil she could begin jumping Eddi again, however, she has decided not to. Since Eddi is an older horse and very special to her, she has decided to retire him from jumping and competition----for she just wants him to be happy and pain-free, in his forever home with her.