John, an 11-year-old American Quarter Horse gelding, and his owner/rider Doug Parker worked for years to qualify for the World Series of Team Roping in Las Vegas. Just before that became a reality in 2016, however, John was stricken with botulism, a toxic poisoning that had already killed one of his stablemates. Mr. Parker, who knew the World Series was now out of the question, raced to the UC Davis veterinary hospital to save John’s life. 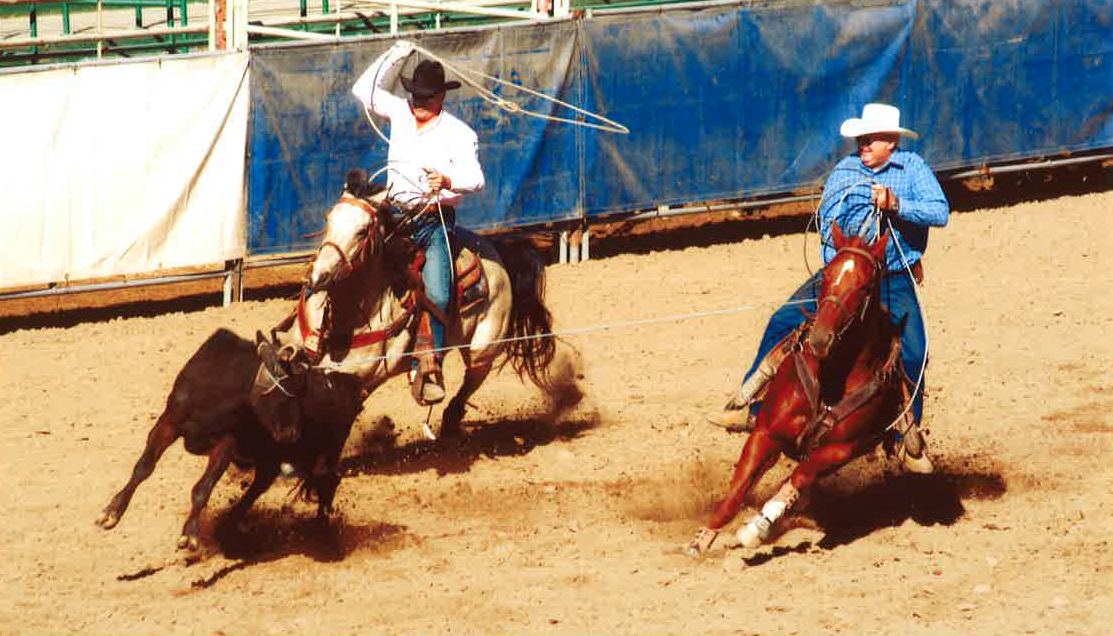 John (right), ridden by owner Doug Parker, overcame botulism poisoning to qualify for the World Series of Team Roping.
“After what happened to our other horses just two weeks earlier, we got him to Davis as fast as we could,” said Mr. Parker, recalling two other horses of his herd of 25 that were treated for botulism at UC Davis. One didn’t survive. Mr. Parker recalled John looked just as bad as that one, and he wasn’t optimistic.

With three horses being affected by botulism in such a short timeframe, Mr. Parker immediately instituted strict biosecurity measures at his farm. He determined that the only common denominators of those three horses were either the grain or the water. Since the water was from the same well that went to the house (and there were no issues there), the investigation focused on the grain. They only feed grain to horses that are being ridden, as a treat for them while they’re being saddled and unsaddled. John and his two other stablemates that got sick were the only horses ridden at that time. None of the unridden horses got sick. A bad batch of grain was suspected to be the culprit.

Mr. Parker recalled when he first got John. He searched for a long time to find a horse with the potential to compete at the highest levels of roping. He finally found a horse in Arizona that he described as “an exceptional athlete…a high powered machine.” Mr. Parker worked with John for two years to get him to competition level.

He was determined to save his gelding, and worked with the UC Davis equine specialists to do everything he could for a positive outcome.

John remained hospitalized at UC Davis for 26 days. During that time, he was treated with botulism anti-toxin plasma. He received other supportive care including intravenous fluid therapy, anti-inflammatories, and vitamin E. John was unable to stand without help, so faculty, staff and students in the Large Animal Clinic instituted the “Large Animal Lift” to assist him to stand. This pulley system can lift several thousand pounds and helped John to stand whenever necessary. Once standing, he was disconnected from the lift so he could move about freely and lie down when he wanted.

Over the following weeks, John was assisted to stand as needed and became gradually stronger. On day 22 of his hospitalization, John stood unassisted for the first time. He continued to need minor assistance via the lift until day 26, when he again stood unassisted. At that time, his care team believed it was reasonable to send John home to continue recuperating in a larger space than the stalls in the hospital’s Intensive Care Unit.

Mr. Parker took John home and placed him in their arena. The first day home, John couldn’t stand on his own, so Mr. Parker used a lift affixed to his tractor to get him up. John stayed up all day, but Mr. Parker found him down the next morning. When John heard Mr. Parker start the tractor, he got up on his own.

“I think he thought, ‘Well if you’re going to hoist me up with the tractor again, I’ll just stand up on my own,’” Mr. Parker joked.

It took John about three months (February 2017) to gain his weight and strength back. Mr. Parker took him to a roping competition in Arizona, but John just didn’t have it in him yet. Realizing he needed a lot more rest, and unsure if he’d ever compete at a high level again, Mr. Parker took off John’s shoes and let him out to pasture for four months. 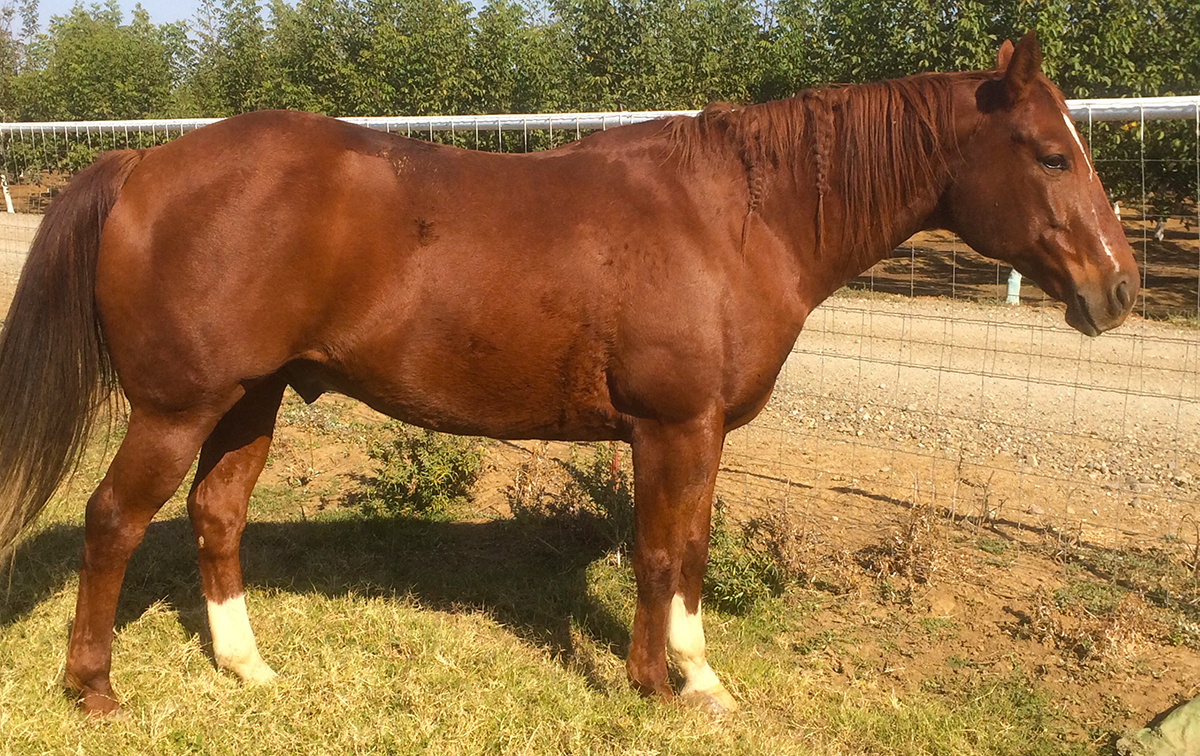 John relaxing in his pasture.
“I never realized what that horse meant to me until I didn’t have him to ride and compete with anymore,” Mr. Parker said. “I’ve searched for many high-end horses, but have never seen one as good as John. He’s a 1 in 100,000 horse.”

In June 2017, Mr. Parker thought he would try John again. He took him to a competition, and he was back to his old self, winning the event.

Mr. Parker and John have qualified again for the 2017 World Series of Team Roping, and Mr. Parker couldn’t be more excited.

“It was a big deal for me to have UC Davis save him,” Mr. Parker said. “I was ecstatic when he came back as good as he did. They did a good job on him at Davis, and watched over him pretty good.”

The William R. Pritchard Veterinary Medical Teaching Hospital at the University of California, Davis—a unit of the #1 world ranked School of Veterinary Medicine—provides state-of-the-art clinical care while serving as the primary clinical teaching experience for DVM students and post graduate veterinarian residents. The VMTH treats more than 50,000 animals a year, ranging from cats and dogs to horses, cows and exotic species.

To learn more about the VMTH, please go to www.vetmed.ucdavis.edu/vmth