Ascaridiasis is the resulting disease caused by Ascarids (roundworms) which invade and live within the small intestine of the horse. Parascaris equorum is one of the largest types of roundworms that affects horses, which can grow up to 10.5 cm in length as mature adult worms. Ascarids are predominately found in younger horses, under 2 years of age. Ascaridiasis is rare in mature adult horses. Clinical signs differ on presentation depending on the number of worms within the foal's body. When there are large populations, it can often cause a problem with nutrient absorption, as the worms compete with foal for the amino acids and protein in food once ingested by the foal. Foals may develop hypoproteinemia and appear malnourished, with poor quality hair coats, pot-bellied appearance, and stunted growth. Without proper treatment, severe infestations can result in colic and eventually intestinal rupture followed by death.

Another problem affecting foals with ascaridiasis, is the risk of an impaction colic caused by the development and/or inflammatory reaction to the dead larvae in the small intestine, following anthelmintic treatment for the worms (which can occur in less than 24 hours to up to 6 days). The likelihood that the foal will suffer from impaction following treatment is not directly correlated with the number of worms in the intestines. It is thought to possibly be caused by a hypersensitivity reaction to the antigens in the roundworms.

Transmission
Horses ingest the eggs while they are grazing on pasture grass. Once inside the horse, the eggs will hatch larvae that will immediately burrow into the horse's small intestines and migrate through other organs in order to get to the lungs. Once in the lungs, the larvae often get coughed up and swallowed again by the animal, where they are returned to the small intestines. As the larvae become adults, they begin producing eggs, which are passed by the foal in their feces. The total life cycle takes about 3 months. Many Ascarids have developed a resistance to many of the common chemicals in deworming medications. 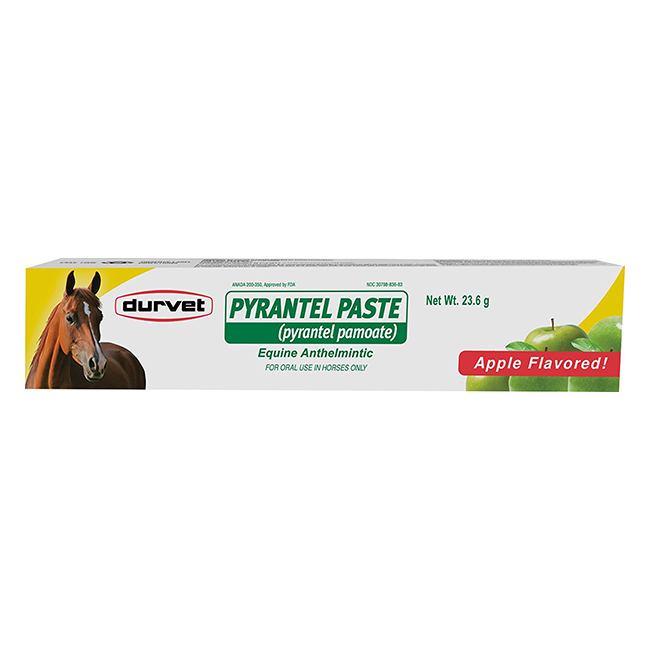 It predominately affects younger horses, under 2 years of age.