Australian stringhalt, also known as pasture-associated stringhalt, is a debilitating neurological condition of horses characterized by an abnormal gait and involuntary extreme hyper (over) flexion of the hindlimbs when attempting to walk. Australian Stringhalt can occur in individual horses sporadically or in outbreaks involving multiple horses turned out together in the same pasture. 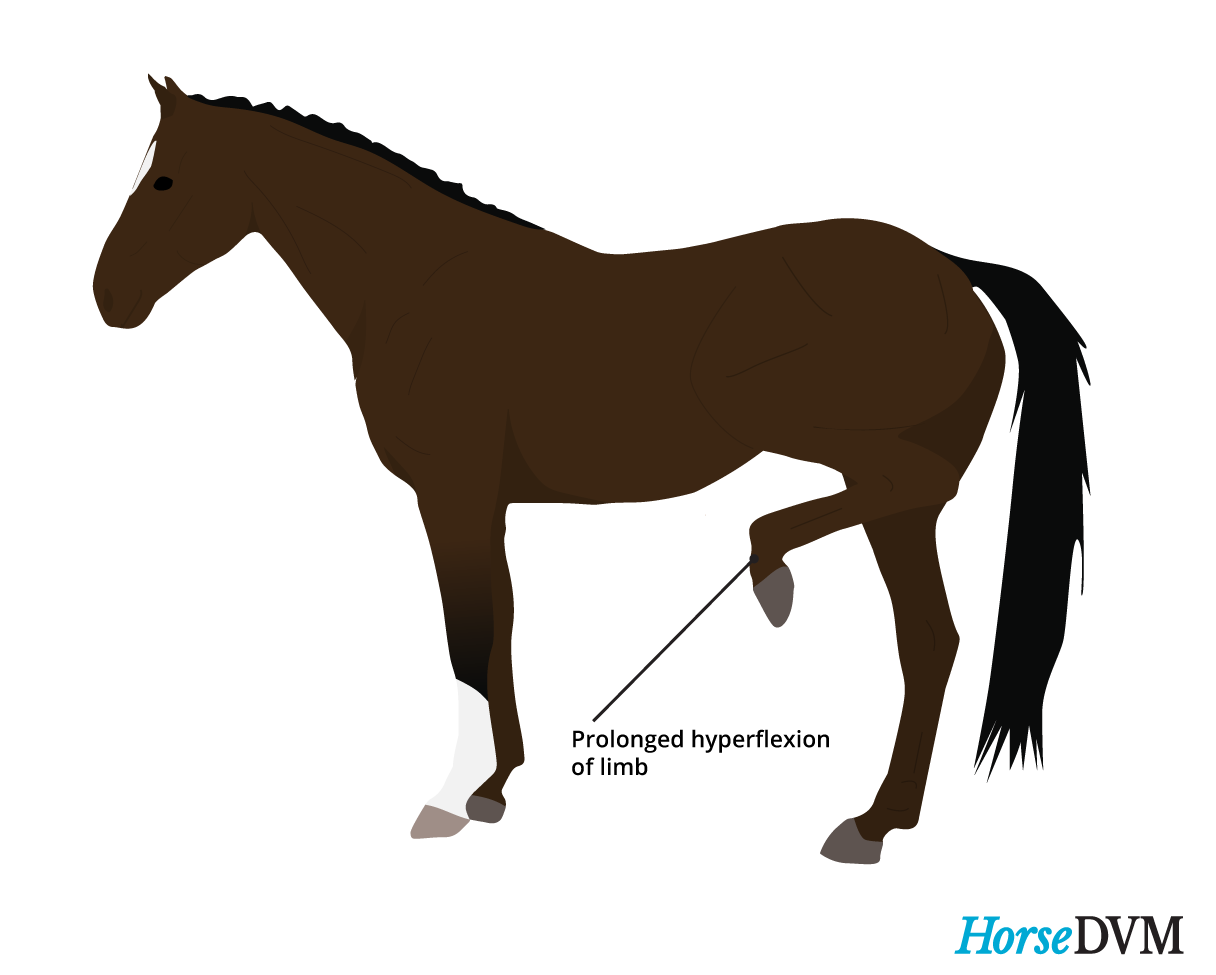 Australian Stringhalt occurs in horses worldwide. Outbreaks of AS have been well documented in horses in the United States, United Kingdom, New Zealand, Australia, France, Chile, and Japan. Onset is often seasonal, with more cases diagnosed during dry conditions in late summer or fall. It was first reported over 120 years ago in horses in south-eastern Australia.

Australian Stringhalt is one of three different forms of stringhalt that have been documented in horses. It is caused by grazing in pastures containing certain plants that are considered toxic to horses. The most common being catsear (Hypochaeris radicata), also known as flatweed. In one study, it was reported that 65 out of 66 paddocks with horses that developed AS, contained catsear.

The specific toxin in the plant, known to cause stringhalt has not yet been identified. It is thought to be related to a possible fungal contamination, related to mycotoxins similar to that seen in horses with ryegrass staggers.

Horses with Australian Stringhalt have such an extreme hindlimb hyperflexion such that the hindlimb may make contact under the belly when they try to take a step forward. The abnormal gait is caused by involuntary control of the hindlimbs. Recovery can take anywhere from a few days to 18 months. The average recovery period is 6-12 months.

There may also be a relationship between Australian stringhalt and Recurrent Laryngeal neuropathy (RLN) in horses.

50% of horses usually recover within 8 months.