Equine onchocerciasis is a parasitic disease of horses worldwide, caused by a filarial worm of the genus Onchocerca. The three most common species known to infect horses are: O. cervivalis, O. reticulata, and O. railliti.

O. cervivalis is the most common parasite associated with uveitis in horses. It has also been known to cause fistulous withers, poll evil, and dermatitis. As adults, O. cervivalis live within the tissue of the horse's neck, where they will travel along the body causing sores to break out--often along the midline of the stomach, base of the mane and withers, and uveitis within their eyes. The uveitis occurs when there is an accumulation of dead worms in their eye, because they give off antigens which cause eye irritation and inflammation. 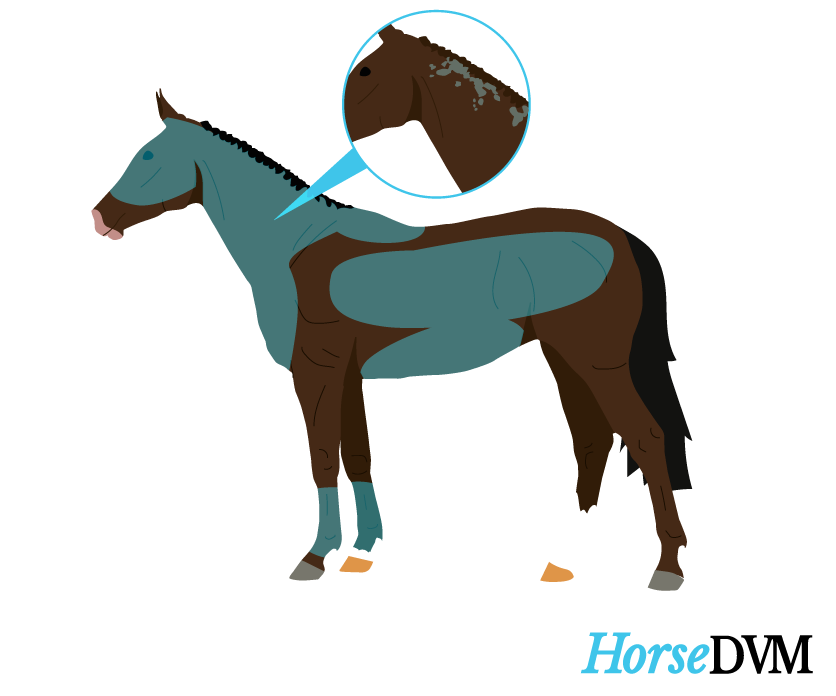 How the Parasites are Transmitted to Horses

Onchocerca spp. are transmitted to horses through bites from infected insects (black flies, gnats, biting midges), which act as vectors. As the insect bites down on the horse, it deposits Onchocerca infective larvae into the host's skin. Once the larvae are in the horse's body, they mature into adults between 3 to 12 months.