Ergotism is a worldwide disease caused by ingestion of sclerotia (ergots) produced by Claviceps purpurea, an endophyte fungus. Ergot sclerotias are hard, blackish-purple, elongated organisms which contain varying amounts of ergot alkaloids. They develop in place of the grain or seed of the flower heads of rye and other grains or forage grasses (brome, fescue, ryegrass, bluegrass). When crops are harvested, ergots will often be mixed in with the collected feed product. 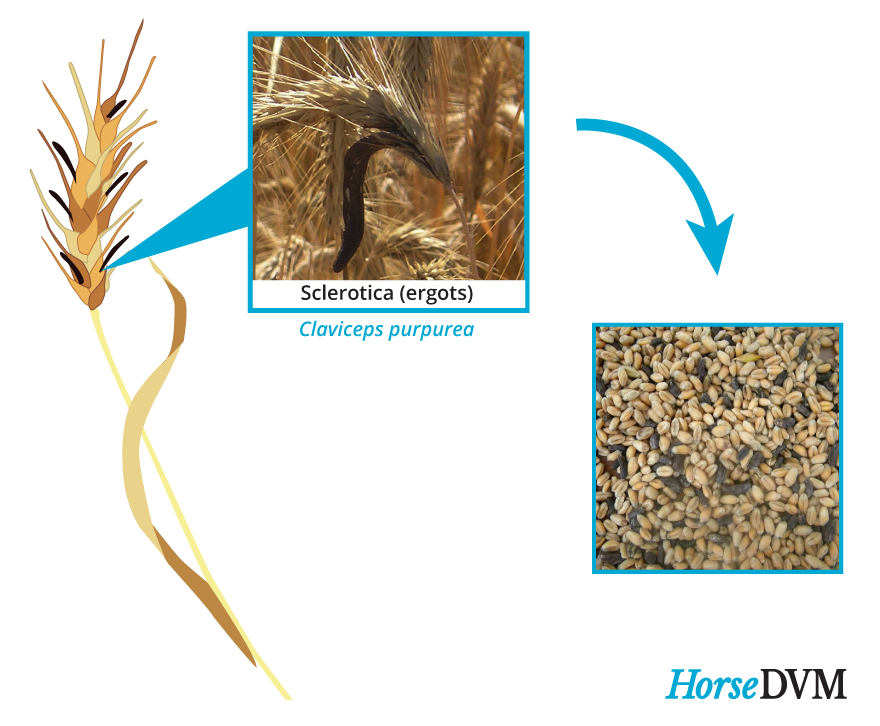 Ingestion of the ergots from consuming contaminated grain, hay, straw, or grasses causes ergotism. Humans and all species of animals are susceptible to poisoning, however livestock are most commonly affected due to the processing methods of feedstuff that are incorporated into their feed.

There are four forms of ergotism which can occur in horses, these include: gangrenous or cutaneous, hyperthermic, reproductive, and convulsive.

The prognosis depends on the amount of ergots ingested and the severity of clinical signs.