Guttural pouch mycosis (GPM) is a rare, potentially life-threatening fungal disease in horses. It is caused by a fungus, usually Aspergillus spp. that infects the lining of the horse's guttural pouch. The infection causes fungal plaques to develop within the mucosa of the guttural pouch walls, most commonly located on the roof of the medial compartment but also sometimes the lateral wall of the lateral compartment. The buildup of fungal plaques causes damage and eventual erosion of to the underlying vascular structures or inflammatory injury to the adjacent nerves.

The horse's guttural pouches are paired extensions of the eustachian tubes that connect and communicate with the pharynx through the pharyngeal orifice (a funnel-shaped opening in the dorsolateral aspect of the pharynx that forms an oblique slit, rostral and ventral to the dorsal pharyngeal recess) to the middle ear of the horse. 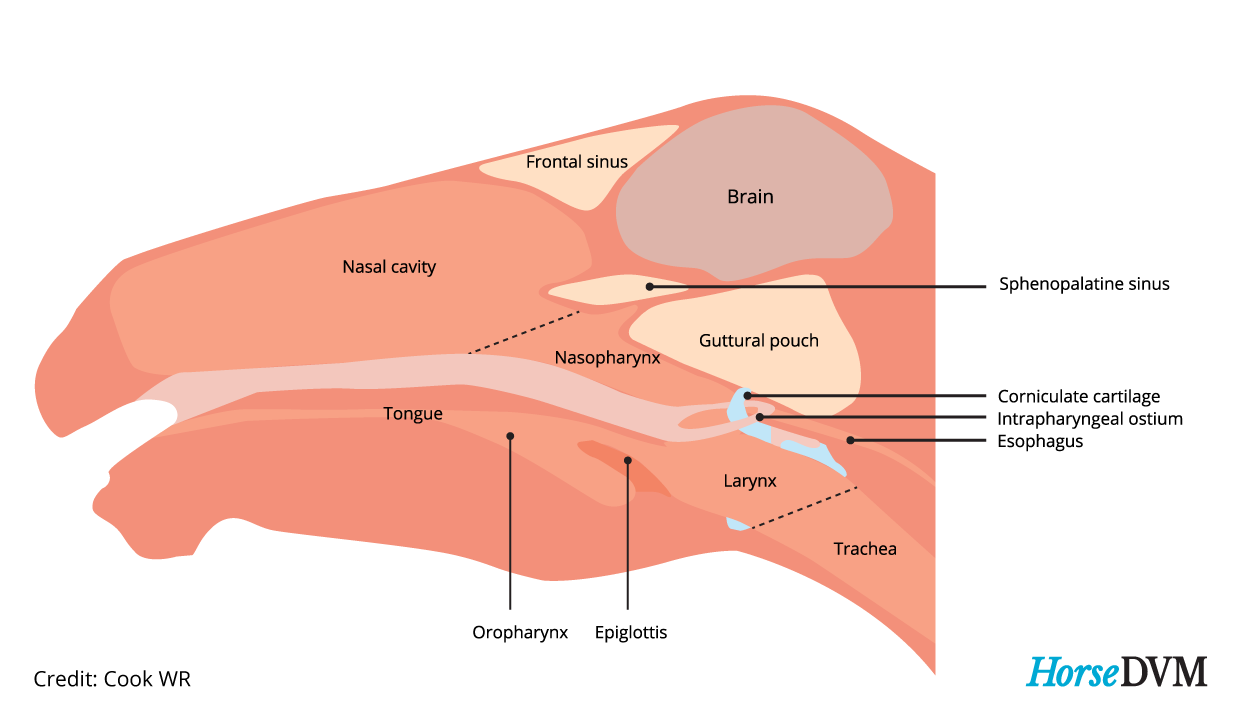 They are divided ventrally into separate medial and lateral compartments by the stylohyoid bone, and on the midline by the rectus capitis ventralis and the longus capitis muscles and the median septum.

Clinical signs
Most affected horses appear normal and healthy, showing no outward signs of infection until advanced stages of the disease, and once damage has occurred to the underlying nerves or arteries. When the arteries are damaged, nasal bleeding (epistaxis) usually occurs in the form of a single severe or repeated mild episodes. Severe nasal bleeding with large amounts of blood loss is precipitated by stress such as transport or restraint. The extensive blood loss can often be fatal to horses. When damage occurs to the underlying nerves, affected horses will develop neurological signs, related to the specific nerve that was damaged. The most common nerves damaged from GPM in horses is pharyngeal paralysis, followed by laryngeal hemiplegia, Horner's syndrome, and facial paralysis.