Pokeweed (Phytolacca american) is a large semi-succulent herbaceous perennial plant which is native to North America. P. american has a large white taproot, green or red stems, and large, simple leaves. The stem is often red as the plant matures. 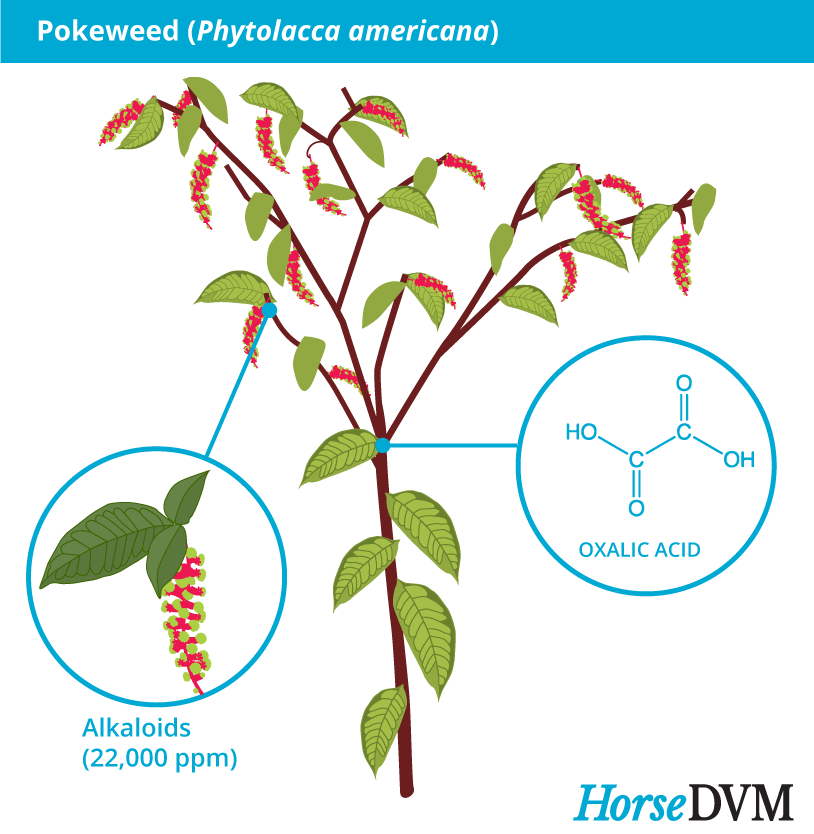 There is an upright, erect central stem early in the season, which changes to a spreading, horizontal form later in the season with the weight of the berries.