Pyrrolizidine alkaloid (PA) toxicity is a common cause of liver damage in horses. It is caused by repeated consumption of fresh or dried plant material (usually considered common weeds in certain regions) that contain pyrrolizidine alkaloids. There are over 6,000 different types of plant species that contain PAs, many of which are from the Boraginaceae, Compositae, and Leguminosae plant families. 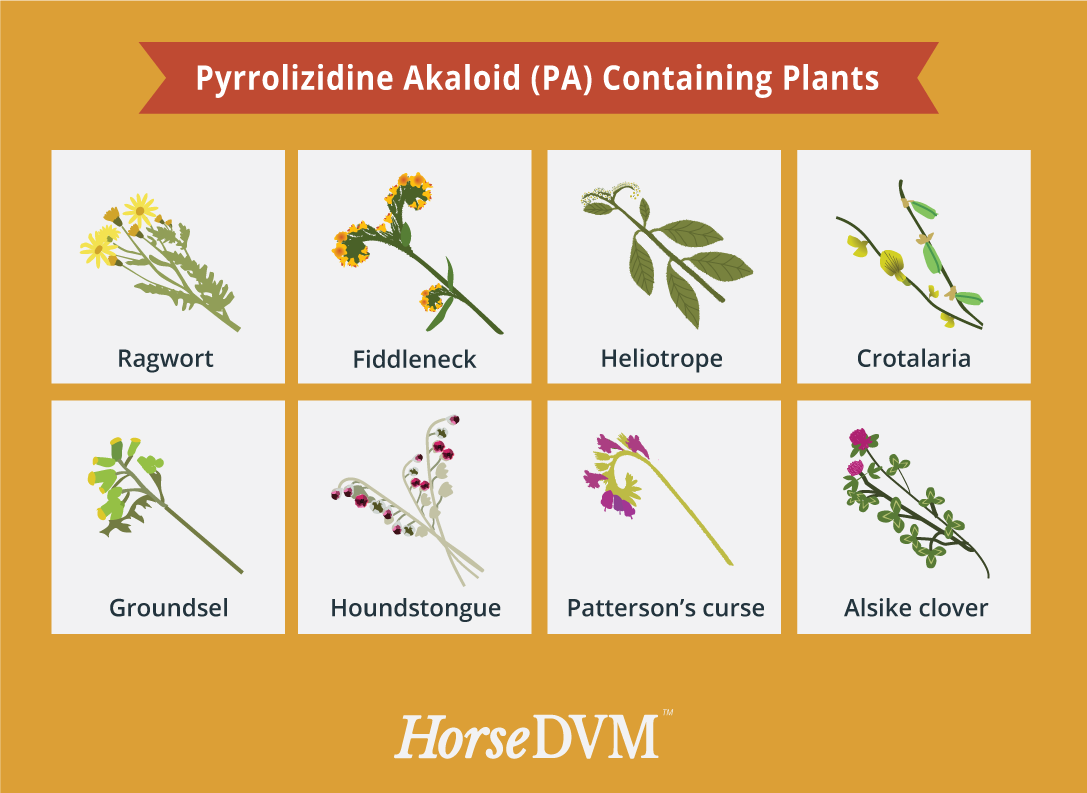 PA-containing plants are often considered to be weeds in certain regions, and are often found growing in horse pastures or as contaminates of baled hay. The concentration of toxins within PA-containing plants fluctuate depending on many factors, such as stage of growth of the plant, soil medium, environmental conditions (drought, frost, flooding), application of herbicides, season, and plant part. Toxin concentrations tend to be highest during budding and flowering stages.

Due to their bitter taste, PA-containing plants are generally disliked and avoided by horses when exposed to them in pastures. However pastures which contain an overabundance of these plants with little grass, increases the chance of horses eating them. Also, if PA-containing plants are mixed in with hay, horses often don't recognize their presence. Repeated ingestion of contaminated hay is one of the most frequent ways horses are poisoned.

Toxicity occurs cumulatively over a course of a lifetime. Horses must consume 2% to 5% of their body weight in PA-containing plants prior to developing liver disease. This often takes weeks or months after initial consumption before clinical signs develop. Unfortunately, by the time clinical signs become apparent, the horse has already lost more than 80% of its liver function.

While waiting for your veterinarian 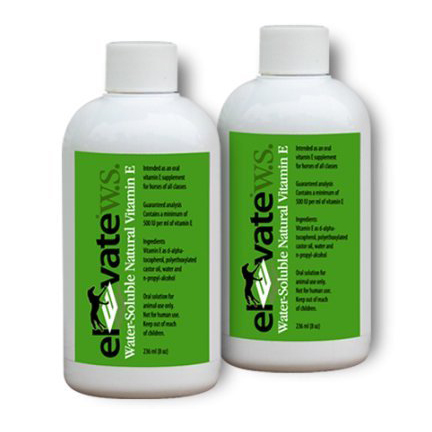