Heaves, also known as recurrent airway obstruction (RAO), is a chronic inflammatory disease that causes respiratory problems in mainly older horses. The disease was previously referred to as COPD, for it was originally thought to resemble COPD in humans, however more recent research indicates that it actually more closely resembles human asthma. The American College of Veterinary Internal Medicine (ACVIM) have recently lumped heaves, inflammatory airway disease (IAD), and summer pasture-associated obstructive pulmonary disease (SPAOPD) together under the term, "equine asthma syndrome." Horses with heaves suffer from chronic coughing and nasal discharge, and/or difficulty exercising or breathing. The disease is typically associated with narrowing and spasms of the air passages (bronchoconstriction and bronchospasm) and excessive mucus production.

The severity of airway obstruction, inflammation, and associated symptoms can vary widely among horses. Recent studies confirmed that the plasma cortisol concentration in the horse increases concurrently with the development of acute exacerbation of RAO. In RAO, haptoglobin is a marker of both acute and chronic systemic inflammation, whereas high concentrations of SAA indicate acute inflammation.

Risk factors are similar to those seen in humans with asthma, which include indoor and outdoor allergens (mites, pollens, dust, endotoxins, mold spores, mycotoxins) and irritants like lipopolysaccharides (LPS). Horses with RAO tend to be extra sensitive to exposure of dust and molds commonly found in stored hay. Noxious fumes and high humidity can also act as triggers.

How Heaves is Diagnosed

There is no cure for heaves. Treatment goals are aimed at improving lung function and inducing clinical remission. Treatment options include corticosteroids, bronchodilators, and decreased antigen exposure (reduced exposure to dust from barn conditions, feed, bedding, and stored hay). Antihistamines may also be of benefit, but have shown not to be as effective for long-term control in some horses. 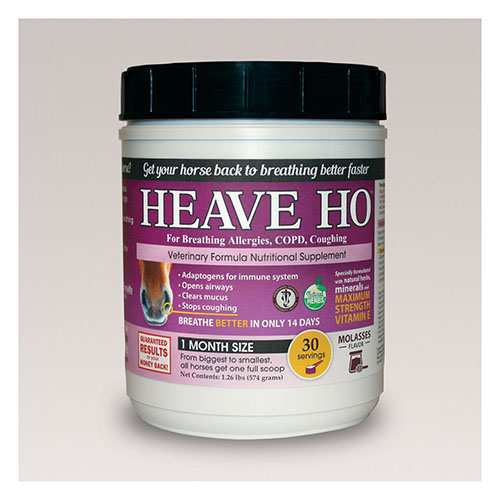 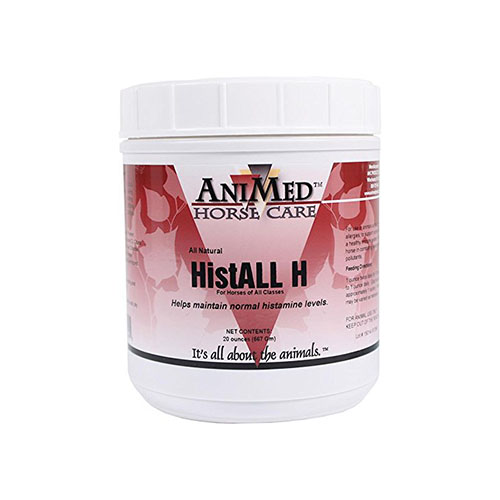 It is most frequently seen in middle-aged to older adult horses (age 7 and older).