Stringhalt is a locomotor-induced movement disorder of horses involving spasms of one or both hindlimbs during movement, which appears as abnormal, exaggerated flexion of the hocks. The severity ranges from mild hyperflexion to violent movements involving the foot touching the horse's belly prior to landing on the ground. Stringhalt is most noticeable when horses are asked to back up or when turned. Symptoms may also worsen during the colder months of the year. 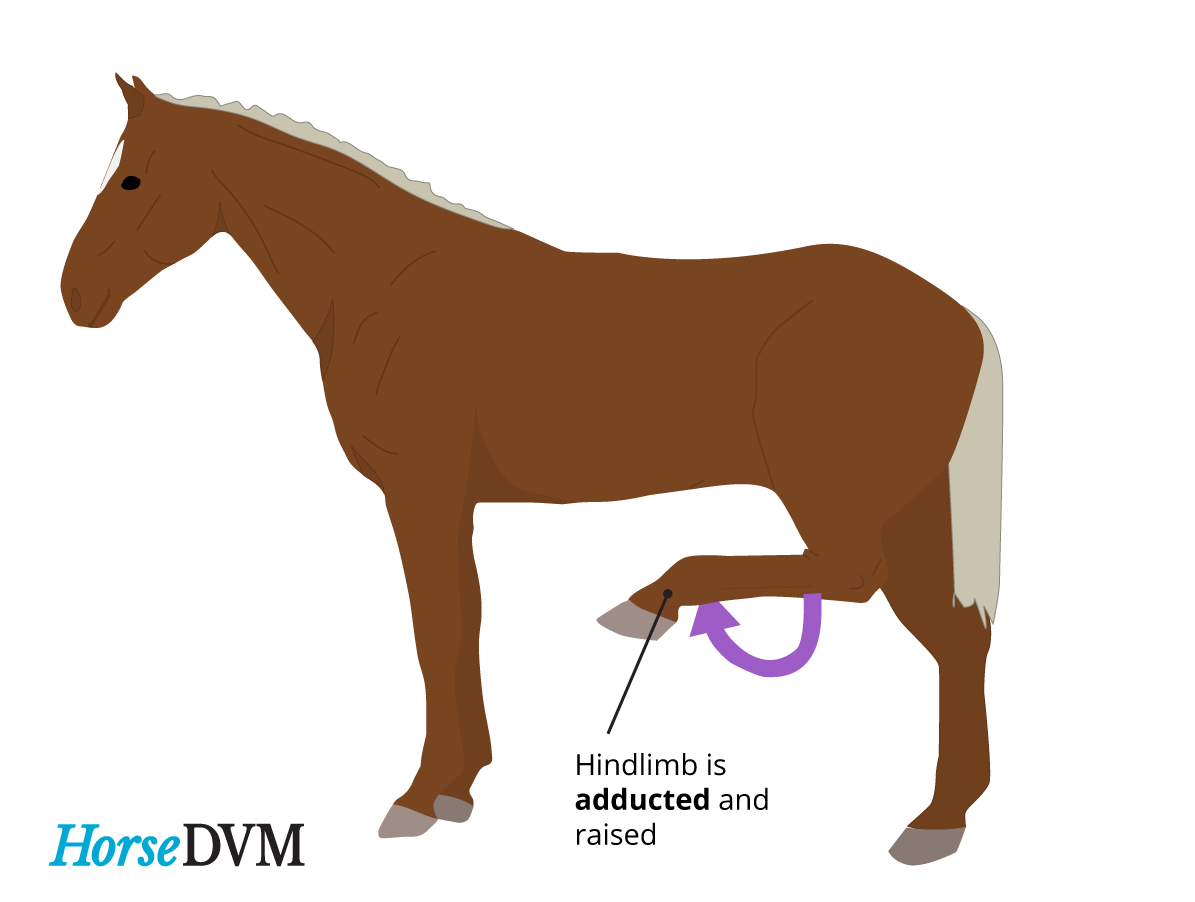 Stringhalt is generally classified into two sub-groups, which include plant associated stringhalt (also known as Australian stringhalt) and sporadic or idiopathic stringhalt.

Australian stringhalt: Australian stringhalt, also known as plant-associated stringhalt, is caused by eating certain toxic plants in horse pastures. The most common plant known to cause stringhalt in horses is flatweed (Hypochoeris radicata), but there have also been less common cases involving sweat pea (Lathyrus odoratus) and vetch (Vicia genus).

Guarded to poor for performance but excellent for life.