Upward fixation of the patella

Upward Fixation Of The Patella

Horses and ponies with upward fixation of the patella (UFP) are periodically unable to flex the stifle or the hock in the hind limb, causing them to drag the extended limb behind them on the toe of the hoof. Some horses may also develop an intermittent form of patellar fixation, which is referred to as delayed release of the patella, in which the patella appears to catch briefly, sometimes followed by exaggerated flexion of the stifle and hock. Low-grade intermittent upward fixation or delayed release of the patella occurs somewhat commonly in horses. 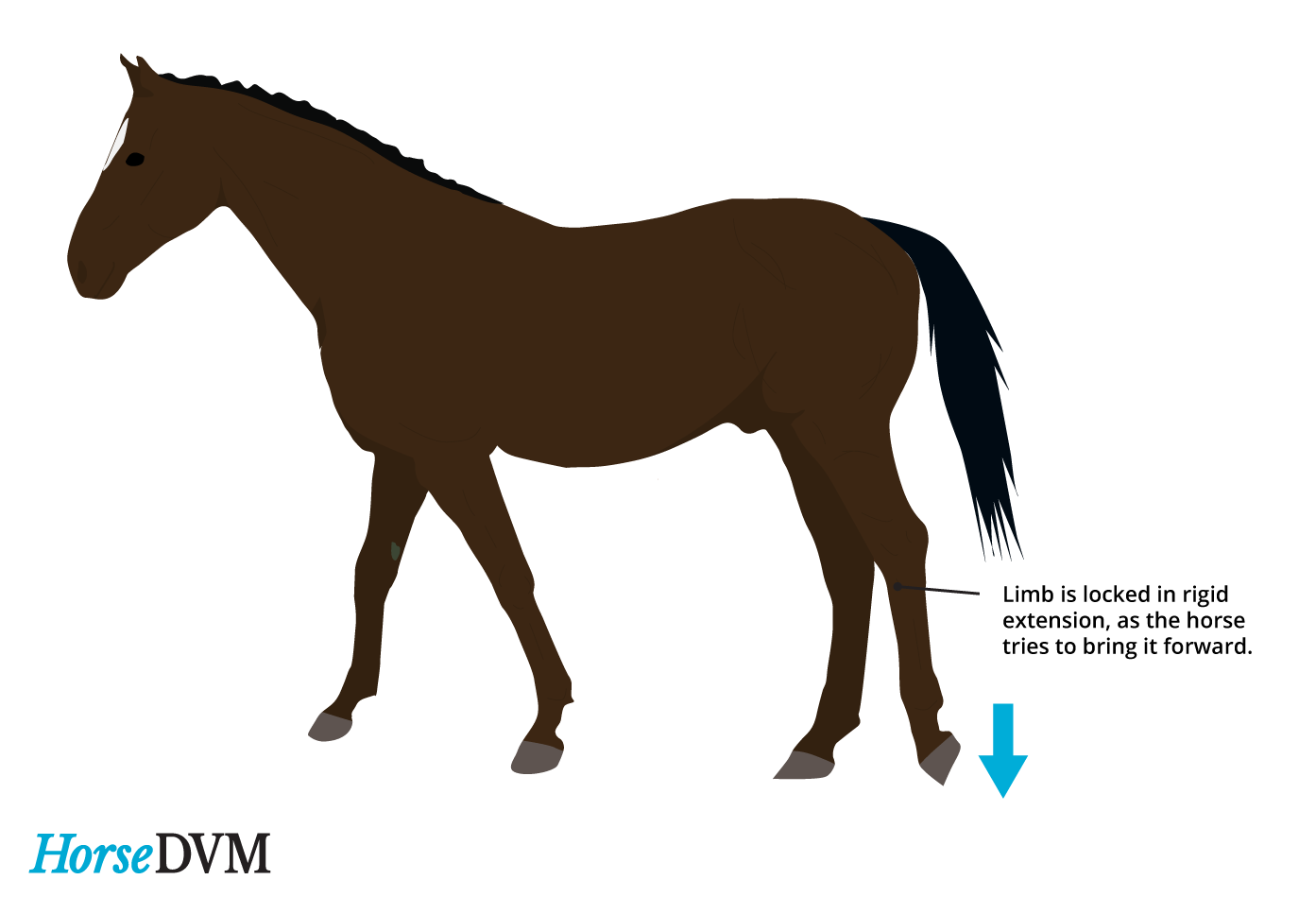 The condition is most noticeable during traditions from trot to the walk, cantering in a circle at a certain lead, and when worked in deep footing, especially involving turns. Upon transitioning from the trot to the walk horses may show a slight jerky movement of the patella. Horses with UPF may be reluctant to canter in a circle in a particular direction. When asked, these horses may stop cantering and refuse to canter, rear, buck, toss their head, or continue trotting fast instead of breaking into a canter. Affected horses show a preference to trot instead of cantering, which is a more difficult gait as opposed to the canter, for horses. When horses do canter, they will often do so on the wrong lead and/or has a very bouncy or rough canter stride which is difficult to sit through.

Both UFP and the intermittent form of PF may occur in one (unilaterally) or both (bilaterally) hind limbs. However, most horses with UFP are affected unilaterally.