Water hemlock (Cicuta virosa) is one of the most violently toxic poisonous plants known. Consuming as little as 0.5% of their body weight is lethal to an adult horse. Over 20 different species of Cicuta have been identified and found worldwide. Most species are found in North America, with nine common in the U.S. It is most toxic in the spring, during the early stages of its growth, when it is also more difficult to identify. The toxicity of plants is also highly variable on its location, environmental conditions ( moisture, temperature), and time of day. 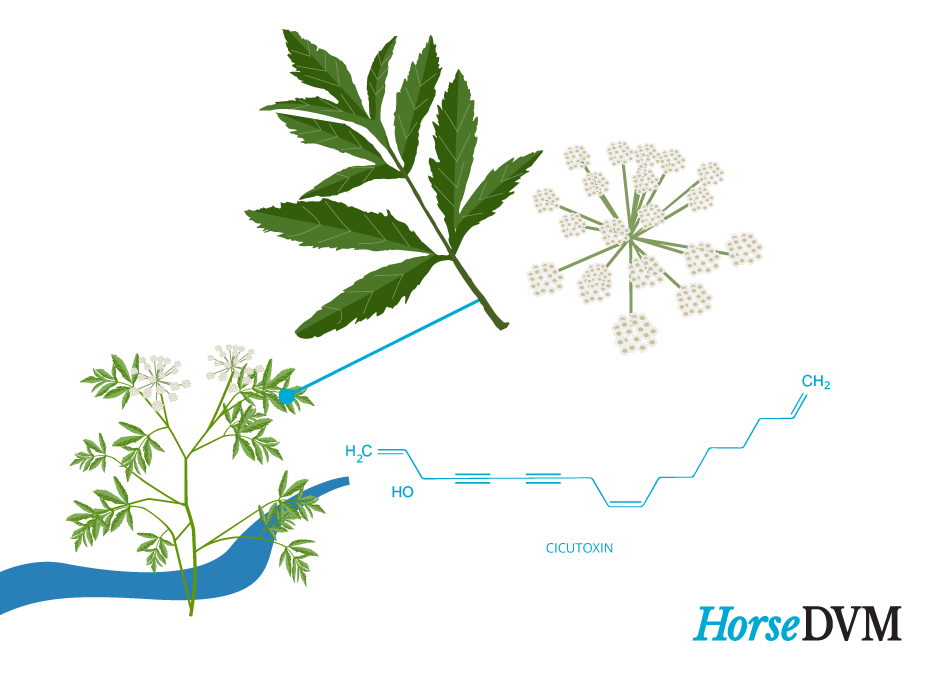 Cicuta contains cicutoxin, which is a long-chain, highly unsaturated alcohol. It acts very quickly, and early clinical signs of poisoning occur 10 to 15 minutes after ingestion. The toxin affects the central nervous system, with initial signs starting out as excessive salivation, nervousness, stumbling and incoordination, and frothing; quickly leading to intermittent periods of tremors, convulsive seizures, and muscular weakness. The horse usually will die during a period of convulsions, which are extreme and violent.