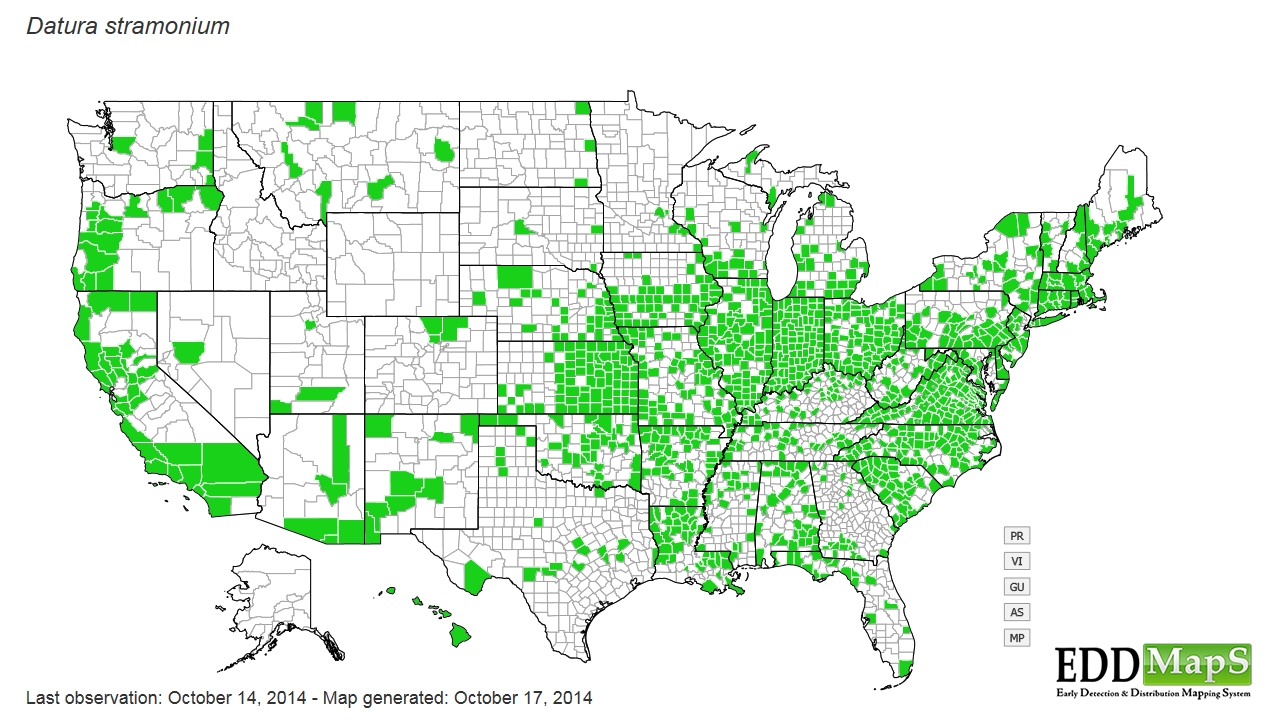 Thornapple, Stechapfel, Mad-apple, Stinkwort, Thorn Apple Mad Apple, Stink Weed, Sacred Datura, Green Dragon
10/ 10
Jimsonweed (Datura stramonium) is a tall shrub with hanging, trumpet-shaped flowers that is a member of the Solanaceae family. Jimsonweed has a large root and taproot system, with a green or purple hairless, erect, and branching stem. It has football to egg shaped, hairless or semi-hairless leaves which have wavy-toothed to wavy-lobed edges. Showy, white or purple, trumpet-shaped flowers bloom June through September. Egg-shaped spiny pod fruits stand erect from the forks of its branches, which contain tiny brown to black seeds. 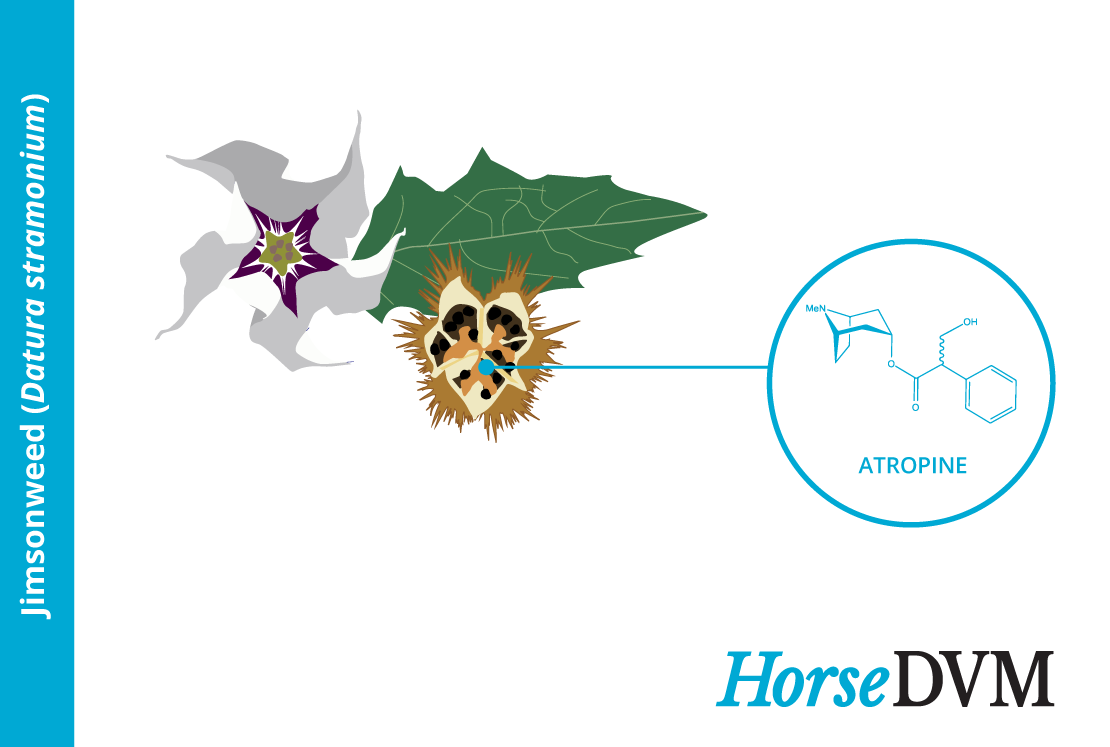 Horses generally will avoid eating D. stramonium, due to its unpleasant odor, unless no other forage is available or its mixed in with the hay. The range of toxicity is highly variable and unpredictable; toxicity may vary from leaf to leaf, plant to plant and season to season. The highest concentration occurs in D. stramonium seeds: approximately 0.1 mg of atropine per seed or 3-6 mg/50-100 seeds.

MECHANICAL CONTROL: hand-pulling while wearing gloves. Seedlings are readily killed by tillage. However, older plants may regenerate from lower nodes that are clipped or trampled. Hoe before weeds exceed 1/4 inch in height. Fire is effective on small jimsonweed.