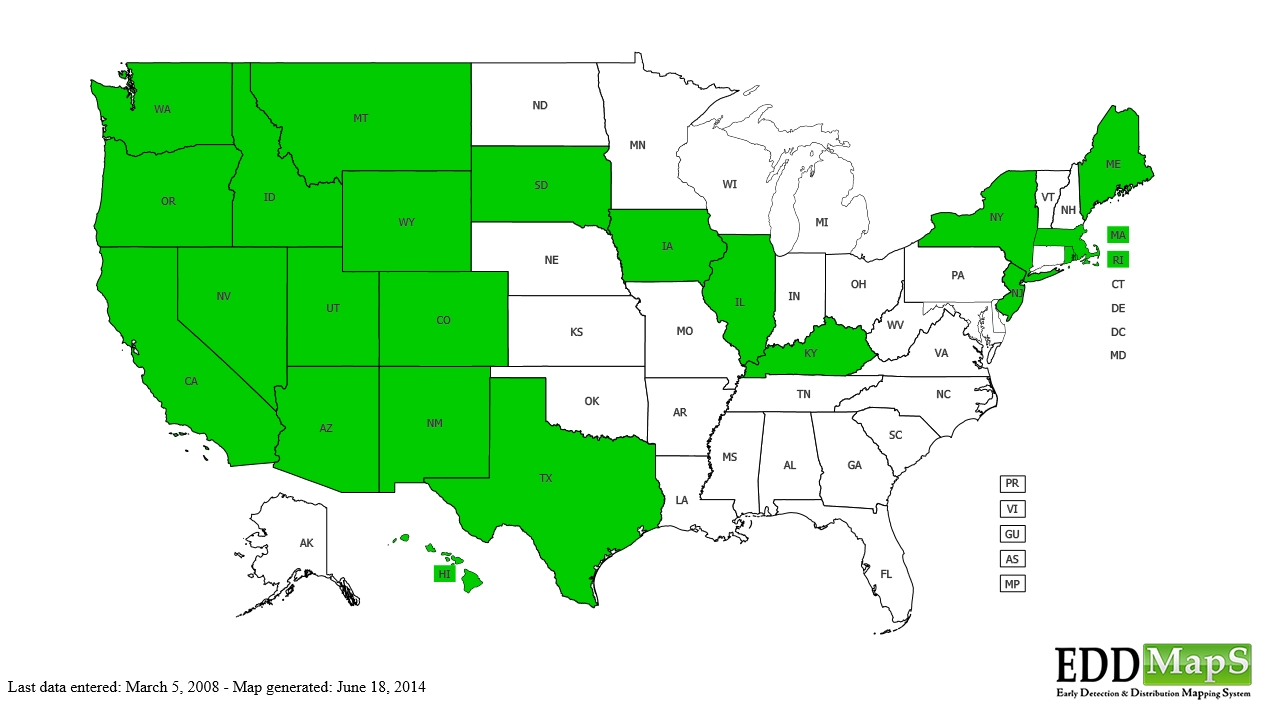 Fivehook Bassia, Smother Weed
5/ 10
Fivehook bassia (Bassia hyssopifolia) is an erect summer annual that is found growing as a common weed across most of the western United States. It is native to Europe and Asia, but has been introduced to North America, South America and Australia. Fivehook bassia is a facultative wetland indicator species, and is often associated with alkaline areas.

Fivehook bassia appears similar to lambsquarters (Chenopodium album), and is distinguished by its smaller, elongated and pointed leaves.

MANUAL CONTROL: Small numbers can be pulled by hand, easiest following a rain after the soil loosens. When digging, sever the root below the soil surface. Mowing can reduce seed production, however you must mow before the flowering stage to prevent seed production.