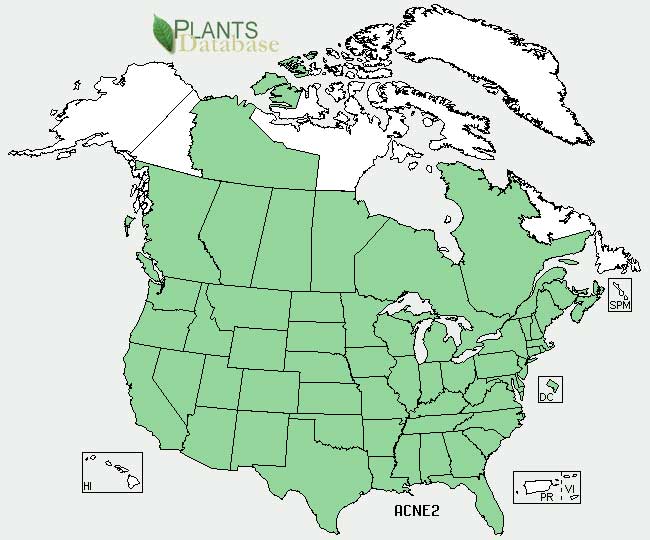 Ash Leaf Maple, Fresno De Guajuco,Three-Leaf Maple, Poison-ivy Tree, Box Elder
8/ 10
Boxelder (Acer negundo) is a hardy and fast-growing, small to medium-sized, deciduous tree which is native to North America. Boxelder is the most widely distributed of all the North American maples, ranging from coast to coast and from Canada to Guatemala. It is often planted as a shade tree. Boxelder tends to prefer growing in wet lowland areas, such as floodplains, river banks, and moist disturbed areas. 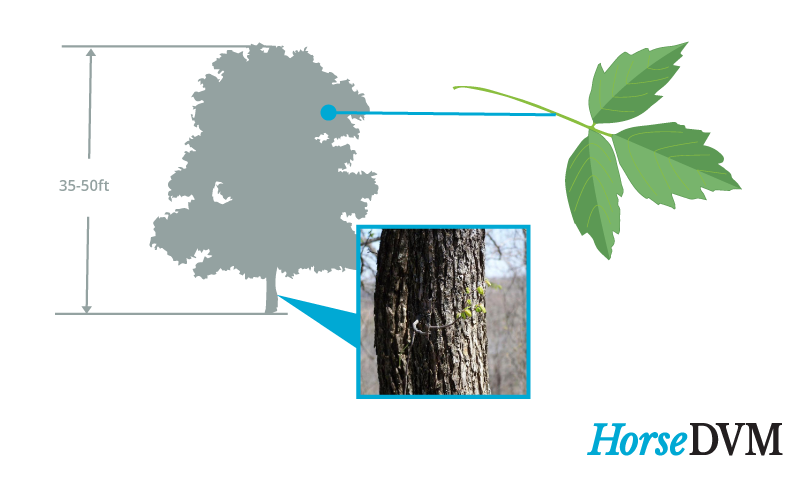 Boxelder characteristics include: Toxic components
The seeds of the box elder tree contain the toxin hypoglycin A which is responsible for causing seasonal pasture myopathy in horses. Horses which ingest the seeds develop signs typical of muscle 'tying up' disorders and progresses rapidly, with 75 percent of the horses which develop signs dying within 72 hours of ingestion.

MECHANICAL CONTROL: hand-pull or use a trowel or shovel to loosen up the soil and dig up the roots. It is important to remove the entire root system or re-sprouting may occur. If the plant is a small sapling, cut the stems close to the ground and remove all stems and stalks from the area.