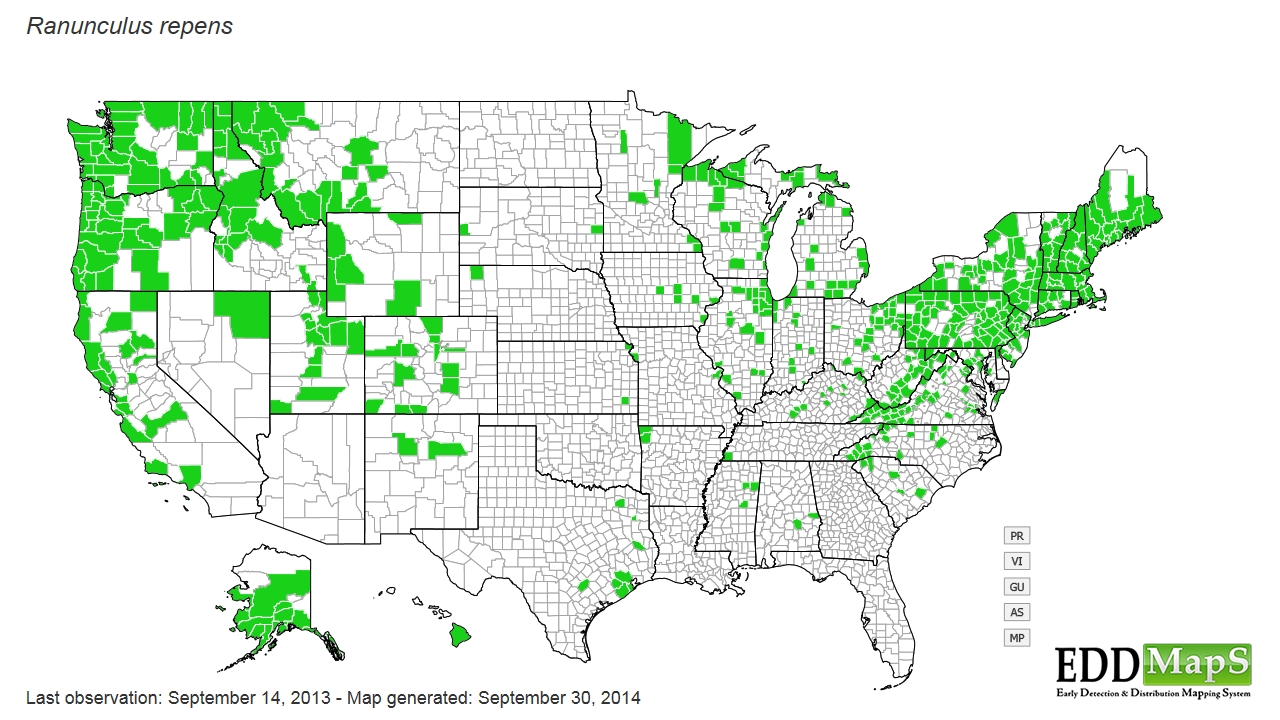 All parts of R. acris contains ranunculin, a type of glycoside that is able to convert into protoanemonin, which is toxic to horses. Protoanemonin can bind to certain proteins and causes contact dermatitis and ulceration of the mouth and damage to the digestive system. The toxin is released when the plant is chewed or otherwise wounded. It is at its highest concentration during the flowering stage. R. acris is usually avoided by horses, however a starving horse in an overgrazed pasture might be more willing to try grazing this flower.

MANUAL CONTROL: For small patches of buttercups, dig out with a sharp trowel or fork-type tool, removing all of the runners, roots and growing points. Digging is most effective from fall to spring while the soil is moist and roots won’t break off as much. However, disturbance of the soil can also increase seed germination because buttercup seeds remain viable for up to 20 years or more.

CULTURAL CONTROL: Promote healthy grass by overseeding, fertilizing as needed, and not over-grazing. Adding lime can improve grass health and keep buttercup from re-establishing. However, lime won’t control buttercup that is already well-established.

CHEMICAL CONTROL: Buttercups can be controlled using herbicides. It is best to spray in March to early April, prior to blooming. 2,4-D, Dicamba herbicides (rate of 1.0 lbs active ingredient per acre), Crossbow (2,4-D and triclopyr), Forefront (2,4-D and aminopyralid), Milestone (aminopyralid), and Surmount (picloram and fluroxypyr). It will likely require two or three applications to eradicate buttercup.