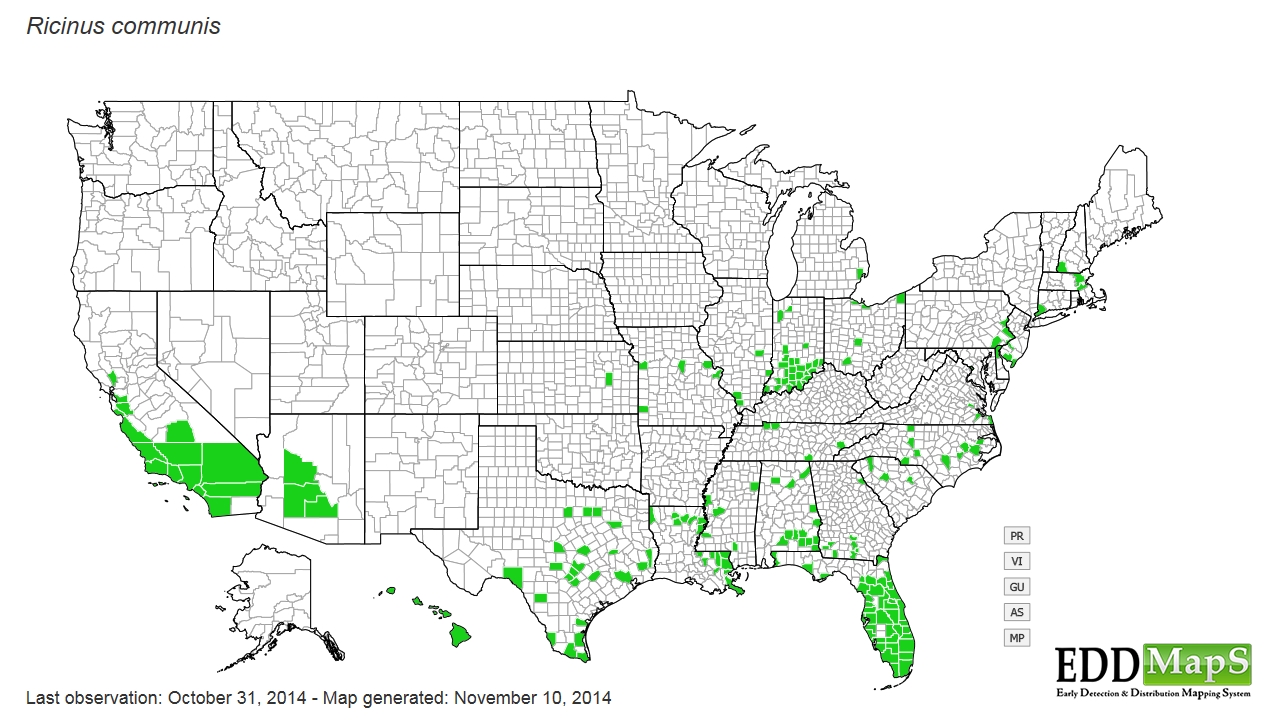 Mole Bean Plant, Castor Oil Plant
7/ 10
Castor bean (Ricinus communis) is a perennial shrub, grown commonly for commercial purposes, for castor oil. It has thick, branched stems and triangular or elongated lobed leaves that are glossy with a prominent vein along the center. 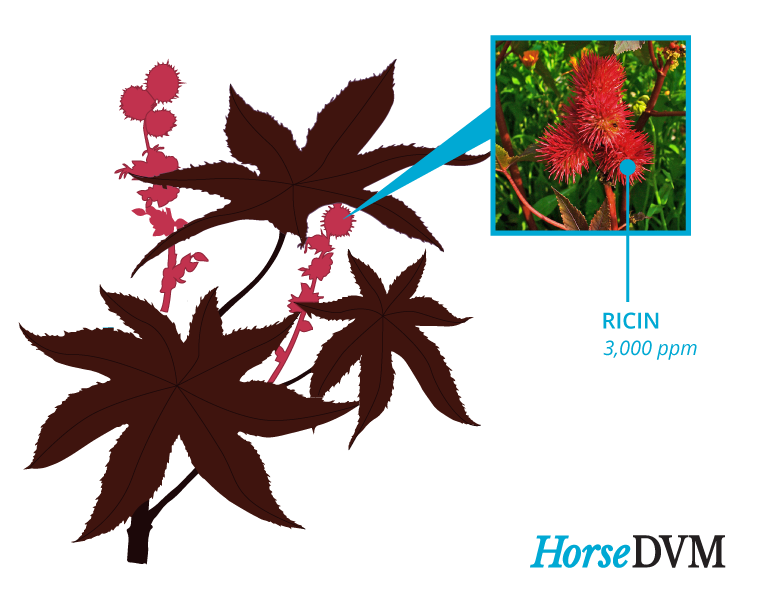 R. communis produces clusters of cream or yellow flowers in the summer and large seed capsules that are green or red and covered with spines.

Lethal poisoning can occur in horses with ingestion of as little as 0.1 mg/kg of the toxins present in R. communis seeds. The toxic chemicals found in R. communis seeds include ricinine and ricin. Ricinine is a type of alkaloid which causes seizures. Ricin is a highly toxic type of toxalbumin that is responsible for inhibiting protein synthesis, in addition to DNA and RNA synthesis.

Poisoning cases
R. communis has been responsible for many poisoning incidents in horses, and in Europe, it is considered one of the most dangerous. This is partly due to the fact that horses tend to like the taste of R. communis, as they find it palatable.

PHYSICAL CONTROL: If its a small number of plants or in wet sandy soils, pulling plants by hand (wearing gloves) can work. If soil is too dry and causes the plants to break off from the main root, chemical treatment will be required. Burning is not recommended as it creates ideal conditions for habitat conversion.

CHEMICAL CONTROL: Roundup can be used to kill mature shrubs. Cut-stump treatment with loppers or saws and 25 percent glyphosate can also be used.