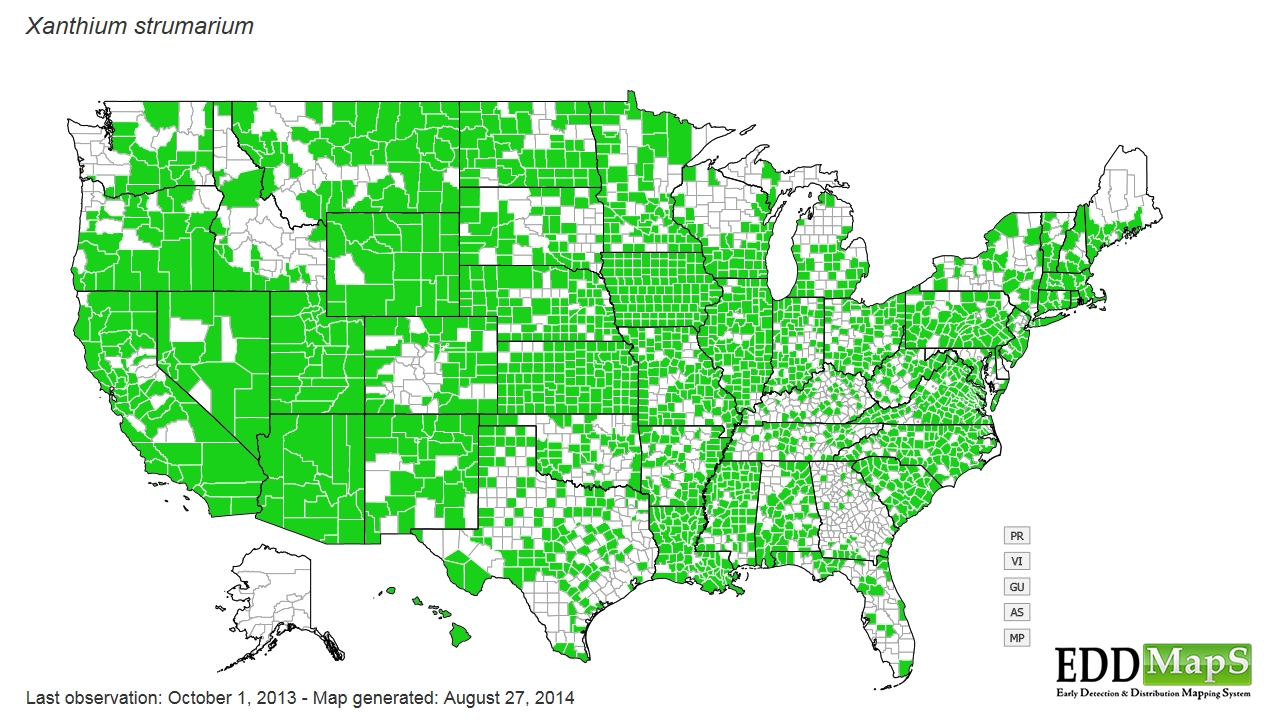 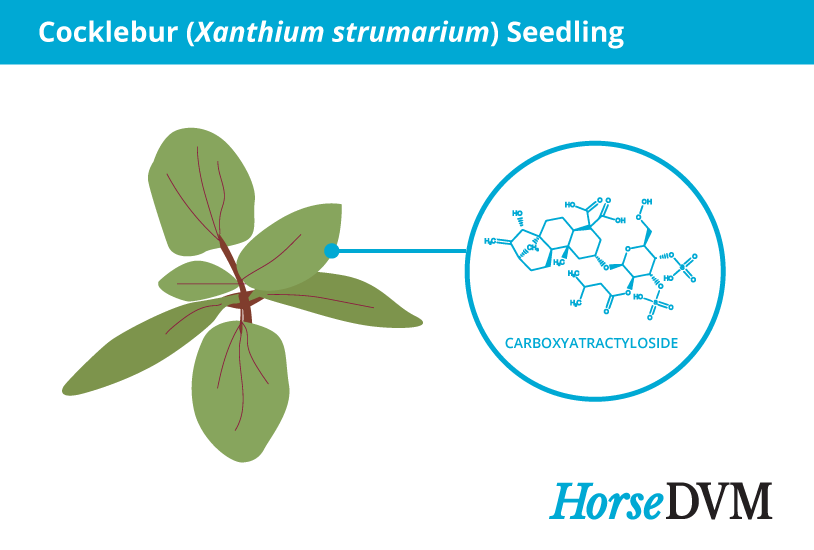 All parts of cocklebur are toxic to livestock, however horses are at greatest risk of poisoning when the plant is first emerging, during the early seedling stage. During this stage of growth, cocklebur contains higher levels of toxins, and is also more attractive to animals. Ingestion of 0.75% of the horse's body weight can result in signs of poisoning, occurring within a few hours. Death usually follows 24 to 48 hours later.

The primary toxin in cocklebur is carboxyatractyloside, a sulfated glycoside. Younger horses are more at risk of toxicity and most cases of poisoning in animals occur in the spring and summer. Horses are also at risk of impaction colic from consuming mature fruits during late summer/early fall. Horses may develop acute or chronic toxicity as a result of consumption of cocklebur. In acute cases, death is usually due to liver failure and may occur within hours after onset of clinical signs. Horses that survive acute poisonings usually will develop signs of chronic liver disease.

Cocklebur is native to North America and Eurasia. Cocklebur attributes:

MECHANICAL CONTROL: The plant can be controlled with timely mowing and proper pasture management.