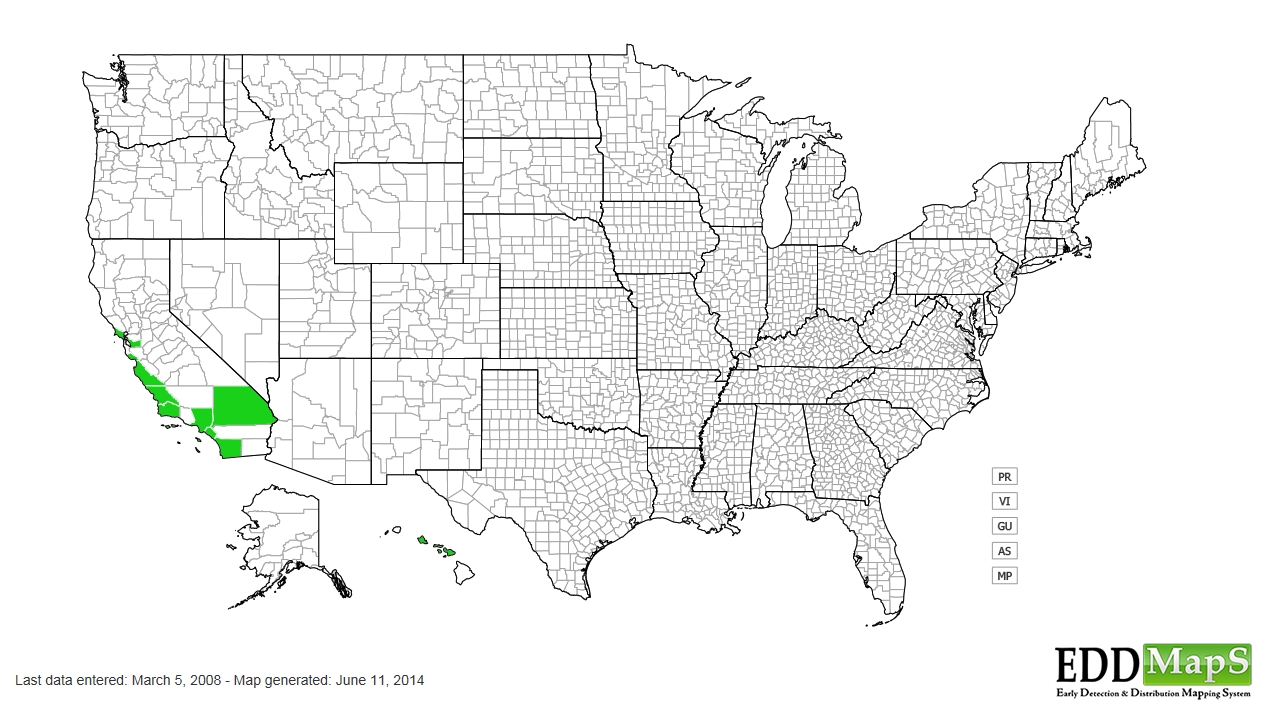 Catweed, Sticky Eupatorium, Mexican Devil, Sticky Snakeroot, Maui Pamakani
8/ 10
Crofton weed (Ageratina adenophora) is an erect, many-stemmed, perennial herb or shrub which is considered to be an invasive weed in many areas of the world, especially Australia. It has purplish, smooth stems which are shortly branched towards the apex. A. adenophora become slightly woody and turn brownish-green or brown in color when mature. Its roots are yellowish in color and give off a distinct carrot-like smell when broken or damaged. The leaves are broad, slightly crinkled, trowel-shaped, and toothed with chocolate-colored petioles. Dense clusters of white flowers develop in the spring and summer.

A. adenophora is highly toxic to horses if ingested. Unfortunately, crofton weed is palatable to horses, and if available to them in pastures, they will seek it out to consume. Following several weeks of grazing the plant, horses will start to cough frequently, quickly followed by exercise intolerance, depression, and death.

Consumption of the plant by horses causes whats known as “blowing disease” in Hawaii and “Numinbah disease” or “Tollebudgera horse disease” in Australia. Symptoms might take several years to become noticeable.

PHYSICAL CONTROL: Small areas of scattered plants can be dug out with a mattock. Crowns must be removed to prevent regrowth.

MECHANICAL CONTROL: Slashing is often used to control heavy infestations on accessible land. Regular slashing will reduce flowering and seedset, thus reducing spread by seeds. It will also reduce the vigour and density of Crofton weed infestations and, combined with competitive pastures, will eventually bring them under control. The slashed and dried plant, however, is still attractive and toxic to horses. Take care to keep horses away until the plant has been completely removed from the paddock.
CHEMICAL CONTROL: Chemical treatment appears to work most effectively during late summer and autumn. When spraying Crofton weed with herbicides it is important to ensure that spray does not drift onto desirable plants and to maintain operator safety.

Well-managed, competitive pastures are important in preventing weed invasion and this principle also applies to Crofton weed. Dense pasture swards suppress seed germination and livestock eat young seedlings with the balance of their feed. Therefore, fewer plants grow to maturity. Goats are known to eat Crofton weed. The degree of weed control by goats depends on the stocking rate, weed density and the availability of other suitable feed. Using goats to help control widespread infestations may be worth considering, although some knowledge of goat husbandry and fencing is necessary. The same group of goats should be used for only one or two seasons to avoid risk of chronic health problems.