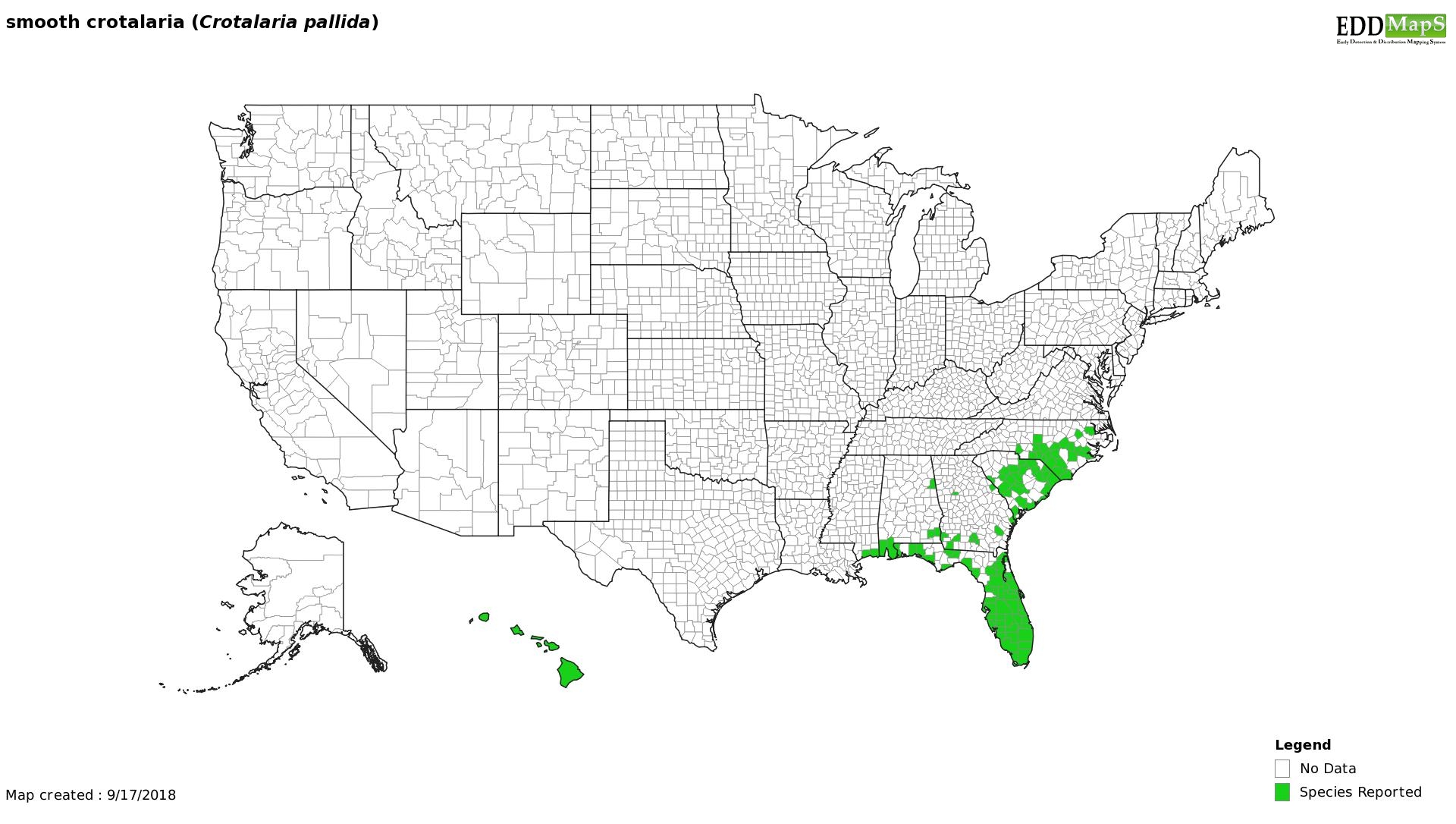 Streaked Rattlepod
7/ 10
Smooth rattlebox (Crotalaria pallida) is an erect, upright, well-branched annual or short-lived perennial shrub from the Fabaceae family. It is native to tropical regions of North and South America and was introduced into Australia where it has now become a common weed.

Smooth rattlebox seeds contain pyrrolizidine alkaloids (PAs), which are known for causing liver damage in livestock. The effects of eating crotalaria seeds may only become apparent weeks or months after the animal has stopped eating the seeds, since the toxins have a cumulative effect.