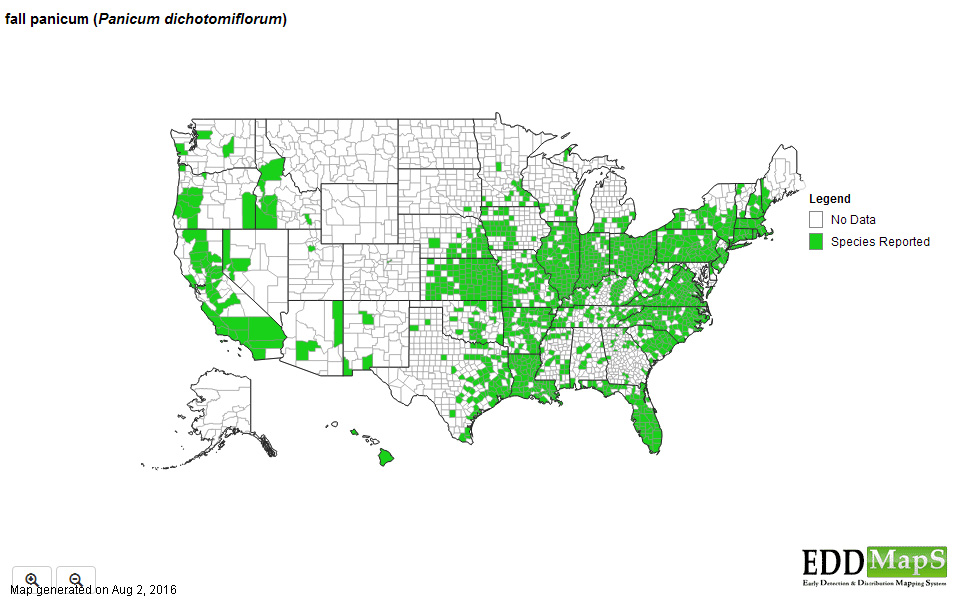 In 2006, 14 horses living in Virginia were poisoned from being fed Panicum hay containing large quantities of P. dichotomiflorum. These horses developed liver damage as a result of consumption of the toxins in P. dichotomiflorum. Five of the 14 affected horses were euthanized due to the extent of the resulting damage, and the other horses recovered. All horses that had been eating the hay had abnormally high aspartate aminotransferase (AST), sorbitol dehydrogenase (SDH), gamma glutamyl transferase (GGT), and alkaline phosphatase (ALP) activity.