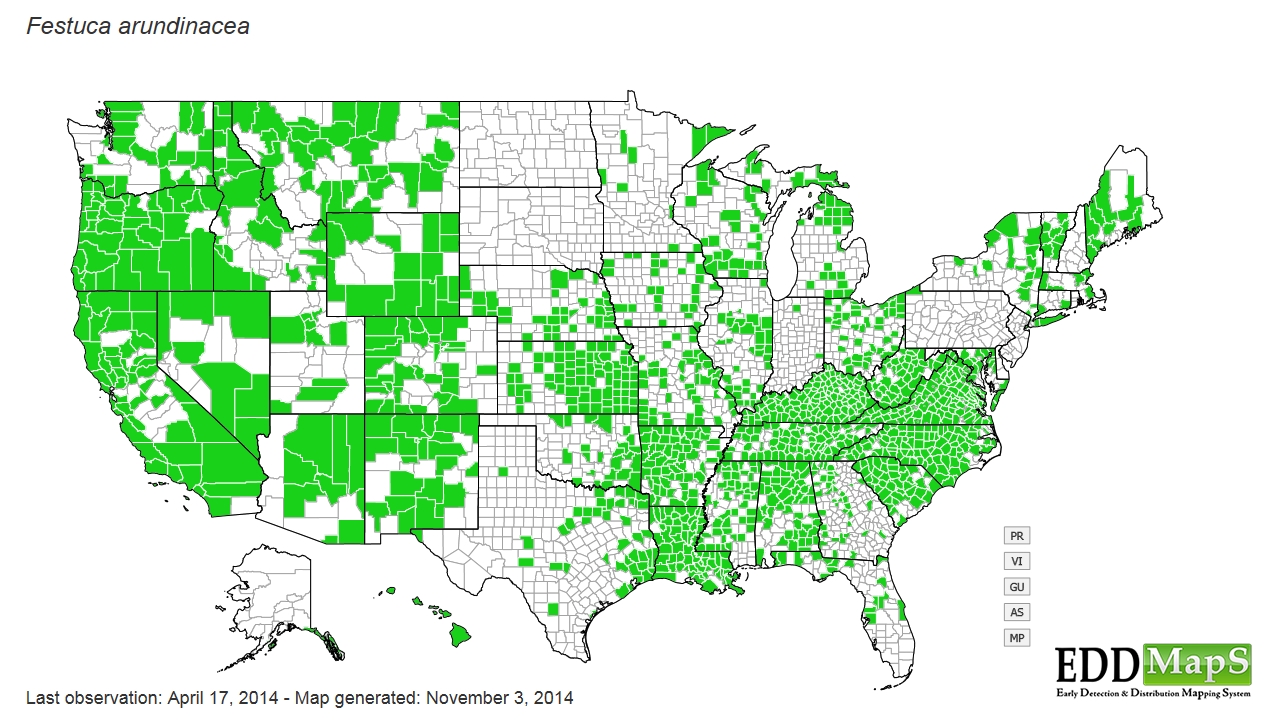 Kentucky-31, Swenkgras, Alta
5/ 10
Tall fescue (Festuca arundinacea) is a widespread pasture forage that is commonly infected with the endophytic fungus, Neotyphodium coenophialum, which produces numerous ergot alkaloids. Ergot alkaloids are toxic horses and known to case tall fescue toxicosis. The have been numerous cases of poisonings in horses throughout the United States and South Africa. 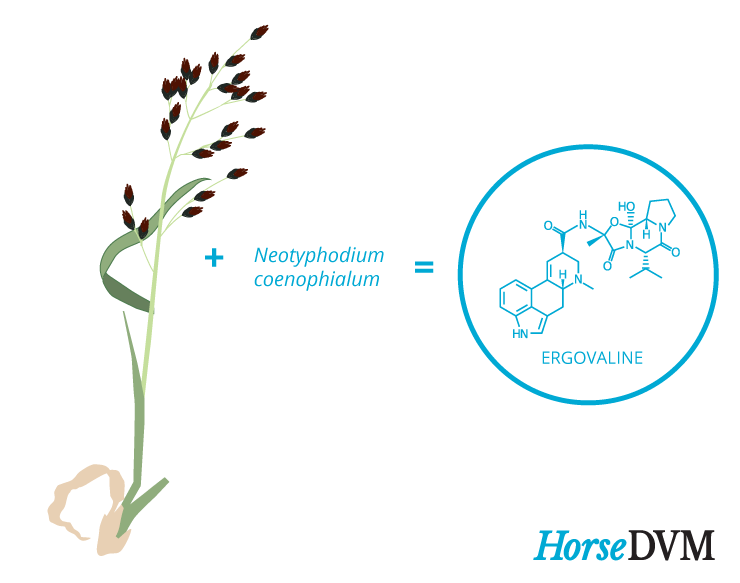 Tall fescue is a deep-rooted, cool-season, bunch-type, perennial grass which grows in low, damp pastures and wet meadowlands throughout Europe, North Africa and North America. Although it grows best in moist environments, tall fescue has good drought tolerance and will survive during dry periods in a dormant state. The plant produces vigorous growth in the spring and fall. The grass flowers in the spring and seed mature in early summer. There are several different varieties of tall fescue, although the two most common and oldest use varieties are Kentucky-31 and Alta.