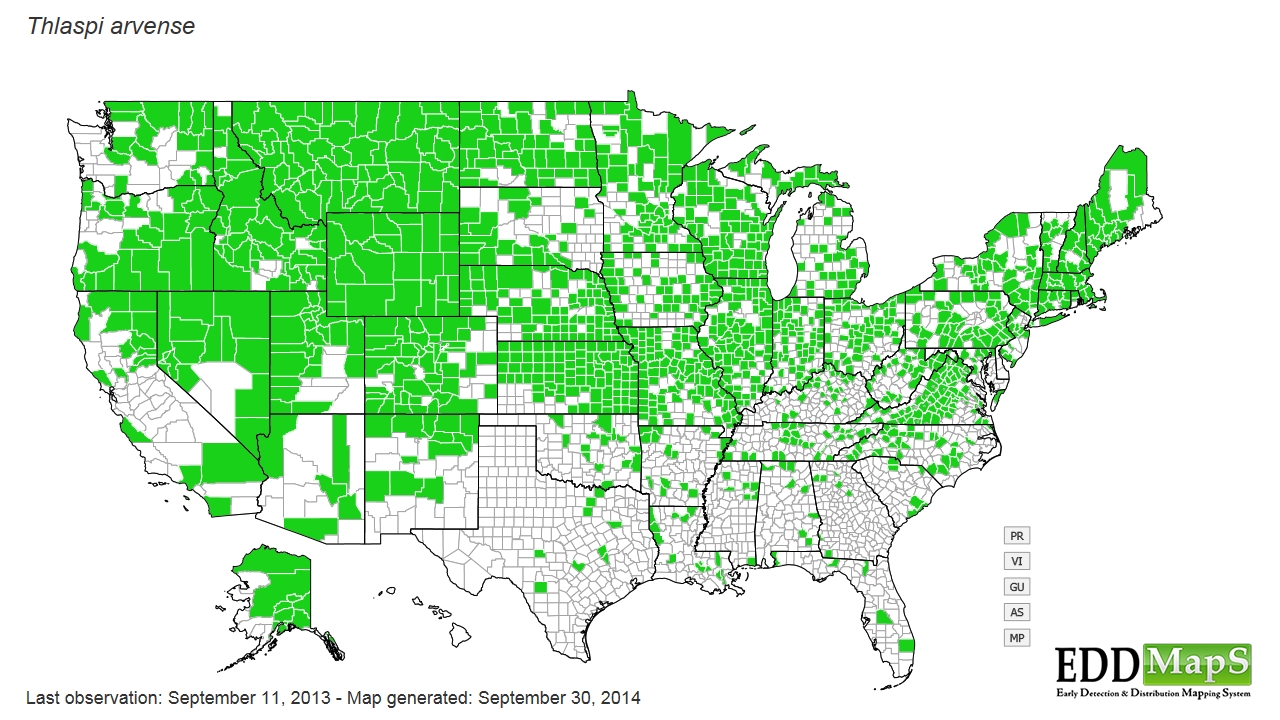 Stinkweed
3/ 10
Field pennycress (Thlaspi arvense) is primarily an annual weed of winter small grains, nurseries and horticultural crops that is found throughout the United States. T. arvense's root system consists of a taproot. The stem is erect, ranging from 4 to 24 inches in height, branching in the upper portions and without hairs. Each seed pod is circular, approximately 1/2 inch in diameter, relatively flat and distinctly winged along the outer margins. Each pod divides in half and may contain as many as 16 seeds.

Toxic components
All parts of T. arvense contain varying levels of glucosinolates, which can be toxic if consumed in large quantities. The amount of this chemical varies with the stage of maturity of the plant; the highest amount is in the seeds.