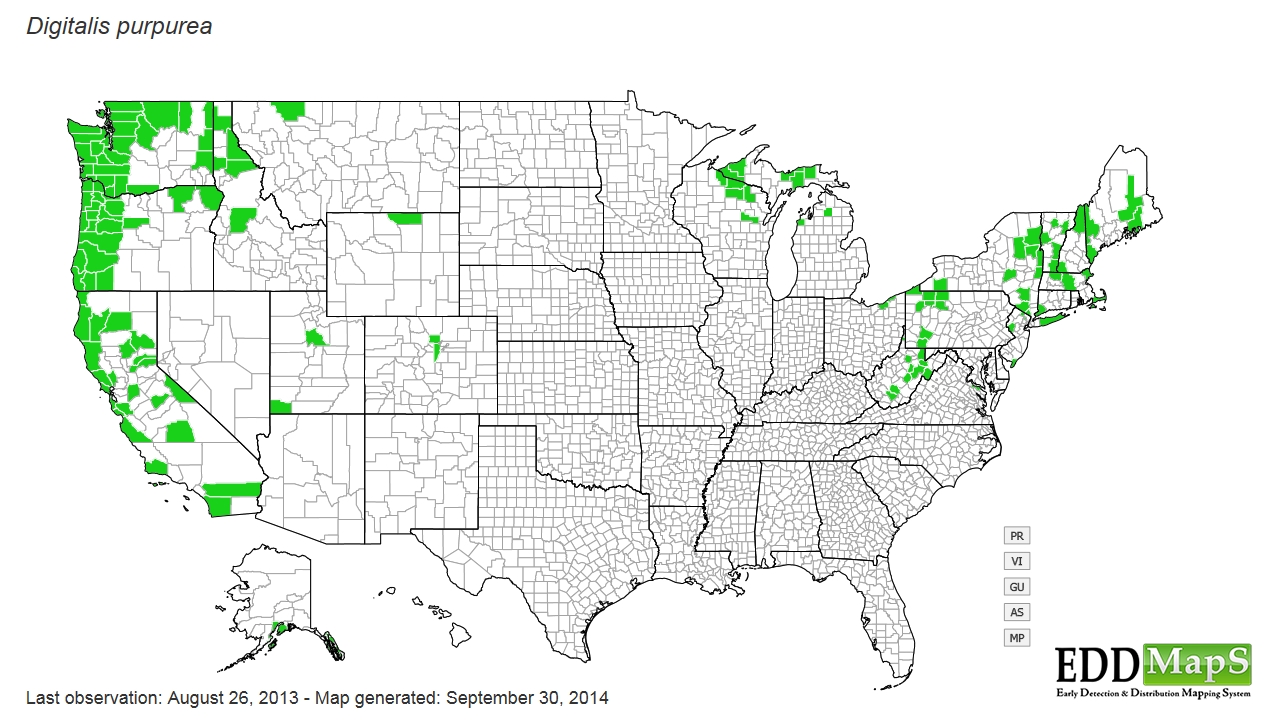 Digitalis, Fairy Bells, Ladies' Thimbles, Thimbles, Pop-Dock
9/ 10
Foxglove (Digitalis purpurea) is an erect perennial or biennial plant which is native to Europe. It has been introduced worldwide as an ornamental, due to its beautiful drooping, showy flowers. It is a very common plant, found both in the garden and the wild. During its first year of growth, D. purpurea does not produce flowers, only a basal rosette of dark green or white-wooly leaves. During the second year, it produces tubular 'finger shaped' flowers that form from an upright flower stalk. 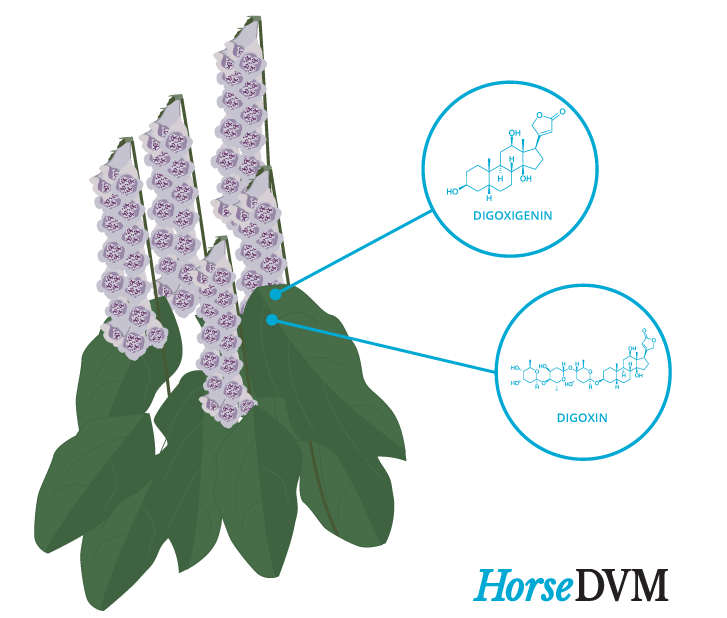 Toxic components
All parts of D. purpurea contain cardioactive steroids (digitoxin and digoxin), and irritant saponins. During digestion they produce aglycones, which directly affect the heart muscles by slowing it.

MANUAL CONTROL: Hand pulling of stalks is effective. In spring, while soils are moist, stalks and root masses are easily pulled from the ground. If flower stalks are cut back before seeds ripen, the plant can bloom again in mid- to late summer. Therefore, above-ground treatments such as clipping and mowing may be counter-productive unless repeated before resprouts have time to produce seed.