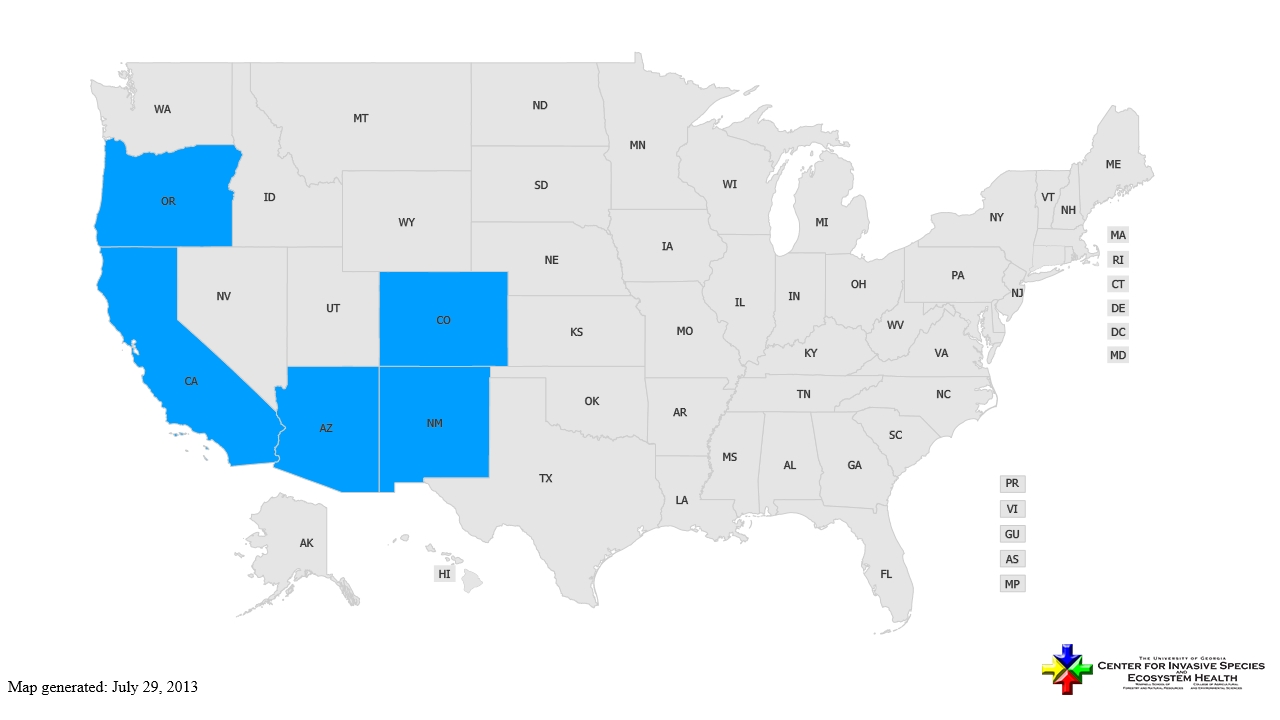 Bavilla
5/ 10
Halogeton (Halogeton glomeratus) is an annual, poisonous, noxious weed in the goosefoot family. H. glomeratus has bluish-green leaves and reddish colored stems when mature; its taproot can reach depths twice its height, with lateral roots spreading horizontally as well. It resembles Russian Thistle, as each plant has about five main stems that grow out and then up from the crown. H. glomeratus is found throughout the western United States, often in alkaline soils and semiarid regions. It has caused the deaths of many livestock throughout Arizona, California, Colorado, Hawaii, New Mexico, and Oregon.

Toxic components
H. glomeratus is able to accumulate high amounts of oxalates. Oxalates precipitate calcium from horse's blood, resulting in hypocalcemia, formation of calcium oxalate crystals, and uremia. H. glomeratus is not palatable to horses when green but may be consumed in toxic quantities in late summer, fall and winter.

H. glomeratus can accumulate large quantities of oxalates in varying levels depending on the environmental conditions and stage of plant growth. It's oxalate content generally ranges between 15% and 18%, with reports as high as 36% dry weight. Depriving horses of food and water increases the severity of the effects of the oxalates in the body.

CHEMICAL CONTROL: 2,4-D herbicide can be effective if applied very early in the spring prior to flowering. Plateau and spike can also be effective.