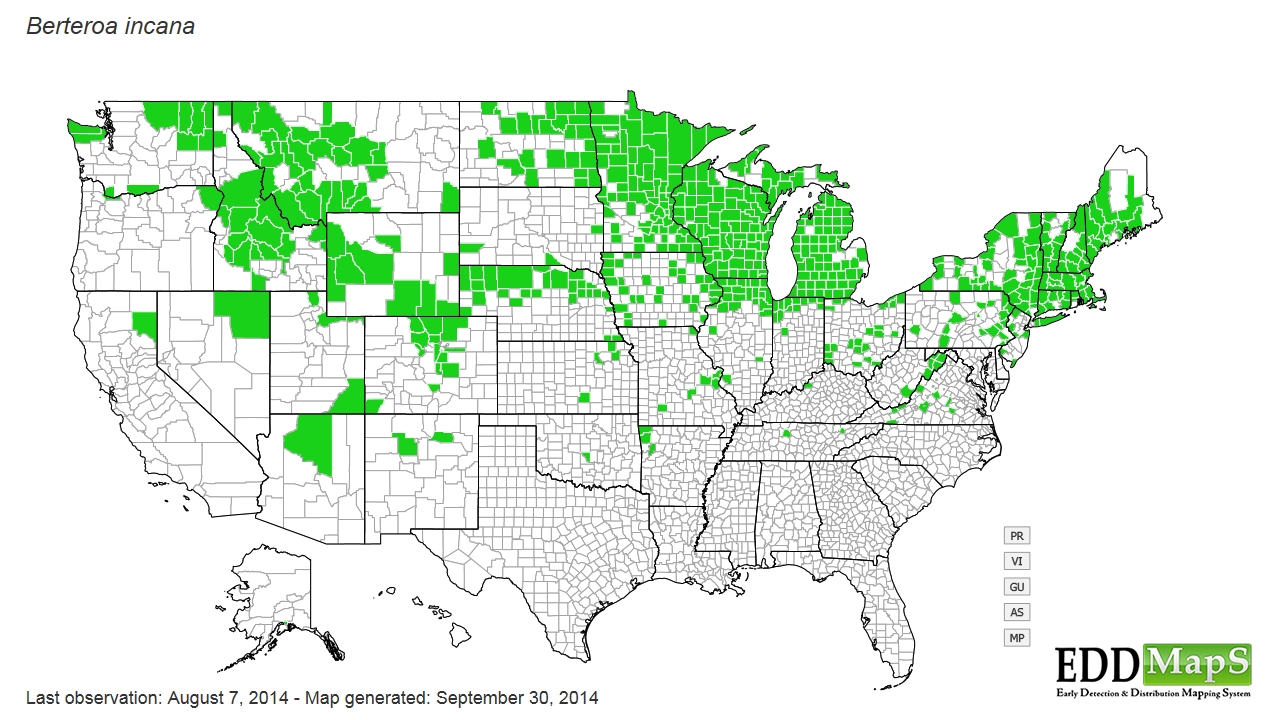 Hoary Alison, Hoary False Madwort, Gewöhnliche Graukresse, Sandvita, Hoary-alyssum
6/ 10
Hoary alyssum (Berteroa incana) is a biennial or short lived, upright perennial weed that grows 1 to 3 feet in height. It has grayish-green stems that have tiny hairs. B. incana leaves are gray-green, hairy, oblong, and alternate along the stem. It's flowers appear as small white notched petals, blooming from early spring to late fall. B. incana seedpods are hairy and oblong with short beaks on the end. It's seeds can germinate while the plant is in bloom.

Contamination of more than 30% or more of hay with B. incana is toxic to horses, causing clinical signs of lameness, limb edema, haemolysis, hypovolemic shock, and laminitis. The severity depends on the amount of B. incana consumed and on the horse, as just under 50% of horses ingesting B. incana show clinical signs. It usually takes 12 to 24 hours following ingestion of B. incana for the horse to begin to show signs of toxicity.

B. incana seedlings which are late to establish themselves will remain as rosettes and produce flowers and seeds the following year, reproducing as winter annuals or biennials. Sometimes B. incana can form a seed bank which causes seeds to remain dormant for up to nine years. B. incana seeds are a frequent contaminate of forage and lawn seed, as well as contaminated hay.

MANUAL CONTROL: Small invasions of hoary alyssum can be dug out or hand-pulled. Best if done prior to flowering. Areas should be surveyed for returning plants and pulled when necessary. Mowing plants can also prevent seed production.

CHEMICAL CONTROL: There are several effective herbicides, however they require multiple applications and need to be handled prior to flowering.