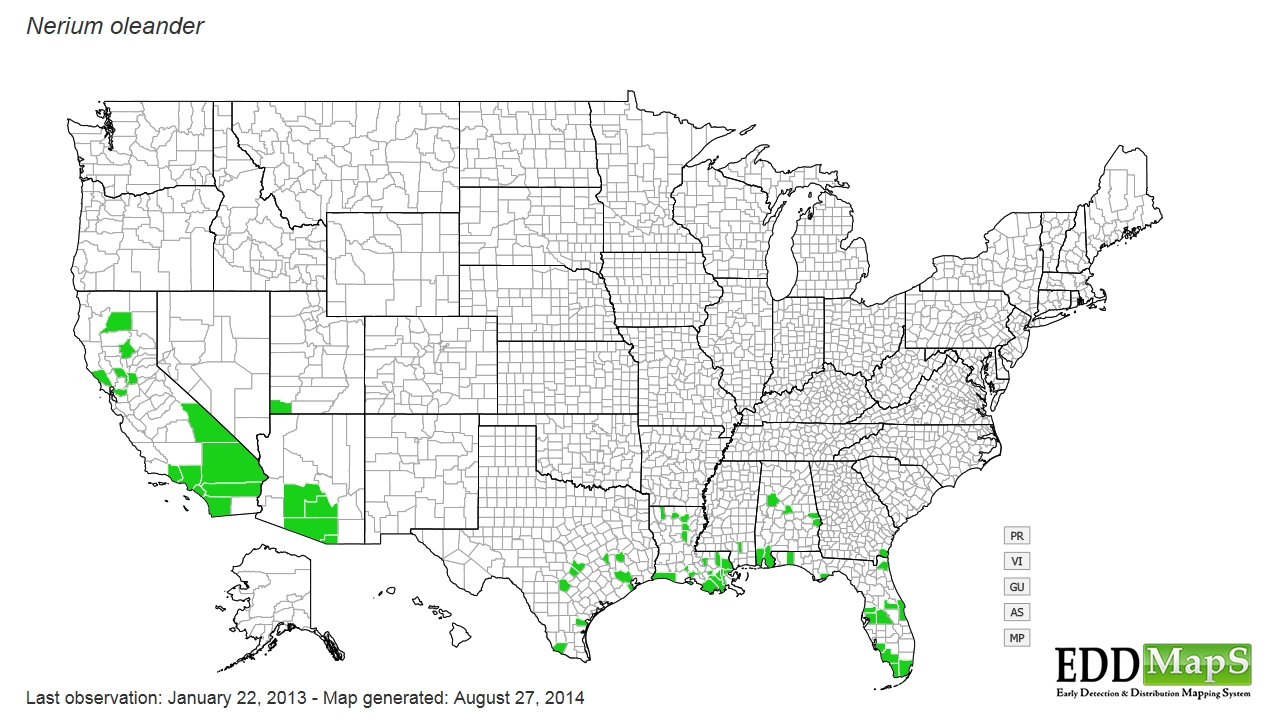 Be-still Tree, Tiger Apple, Rose Laurel, Pink Oleander
10/ 10
Oleander (Nerium oleander) is a highly toxic evergreen shrub or small tree in the dogbane (Apocynaceae) family. It has distinctive and beautiful large, usually pink or red flowers. Oleander is native to the eastern Mediterranean region, northern Africa, Middle East and southeast Asia, however it is planted in many subtropical and tropical regions worldwide. Oleander is a drought-tolerant plant that grows best in dry, warm climates. It is often used for hedging, beach and roadside plantings, colorful accents and yard landscapes, and screens.

Oleander contains several cardiotoxic compounds that have caused many cases of poisonings in horses, as well as other livestock, domestic animals, birds, and humans. 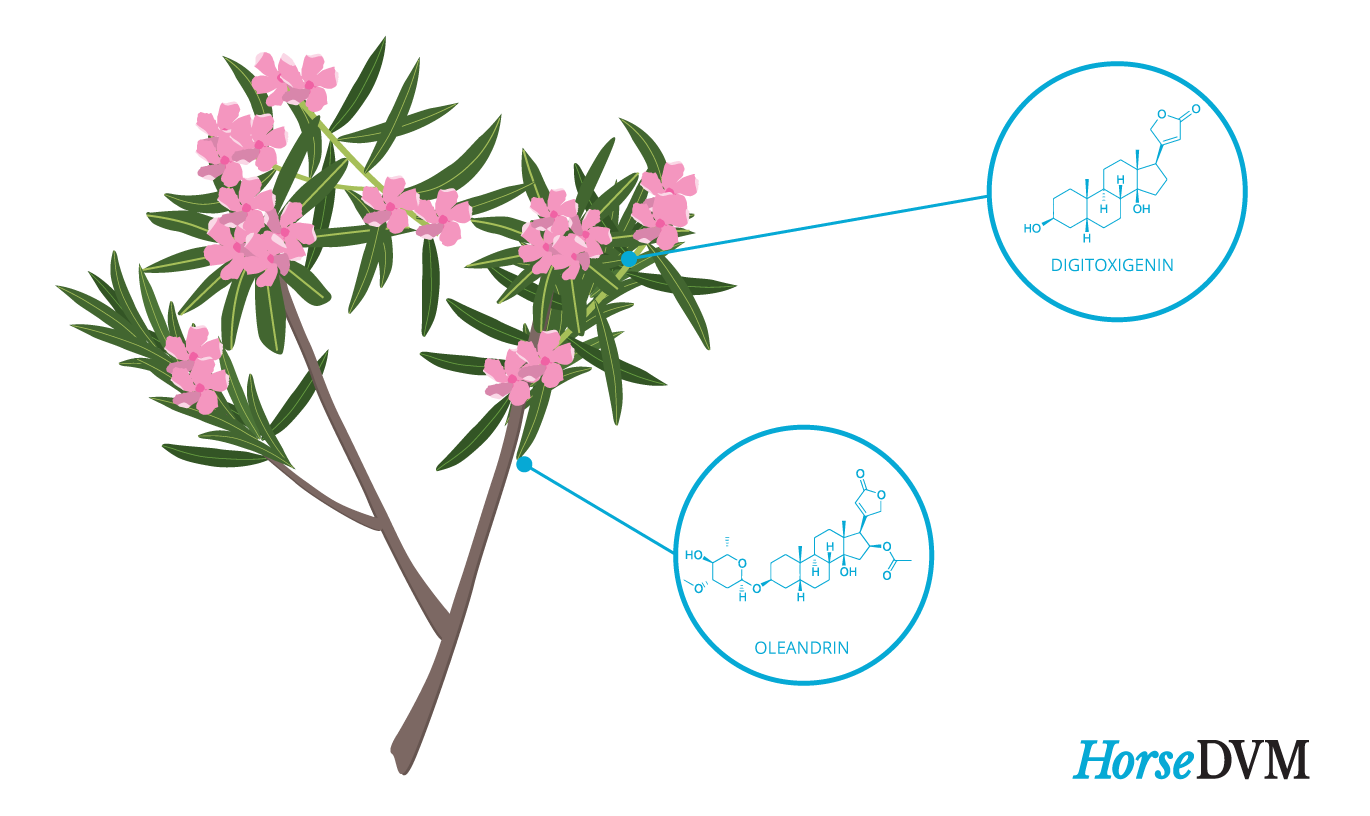 The primary toxin is oleandrin, a type of cardiac glycoside. Cardiac glycosides are known for inhibiting Na+/K+ ATPase, causing heart arrhythmias which lead to cardiac arrest and death. All parts of the oleander plant are toxic, however most cases of poisoning in animals involve ingestion of the leaves. Horse's don't need to ingest very much to have fatal consequences. As little as 0.005% of it's body weight in dry oleander leaves can be fatal (which equals roughly 10 to 20 leaves for an average-sized adult horse).

Most Common Ways Horses Are Poisoned by Oleander

Horses won't usually actively seek out oleander, especially in its fresh form; however, when presented to them as dried yard clippings or fallen leaves which accumulate in the pasture, within tall grasses, they are more likely to ingest it. There have also been incidences where horses consumed hay that was contaminated with oleander leaves. Bored horses, or horses with little to no other food source to eat, also have an increased risk of consuming oleander parts.

Horses which are poisoned by oleander, often are found dead in the pasture. Others, if found in time by their owners, may present with rapidly developing, nonspecific signs that may resemble colic. If signs do appear, there is usually a 2-5 hour delay from ingestion of the plant to apparent symptoms. Signs of poisoning may begin with diarrhea, excessive salivation, depression and loss of appetite and progresses to the development of cardiac signs such as bradycardia or tachycardia, weak and irregular pulse, heart blocks, and arrhythmias. Horses suspected of poisoning are at a high risk of sudden death, and should be looked at and treated by a veterinarian immediately.