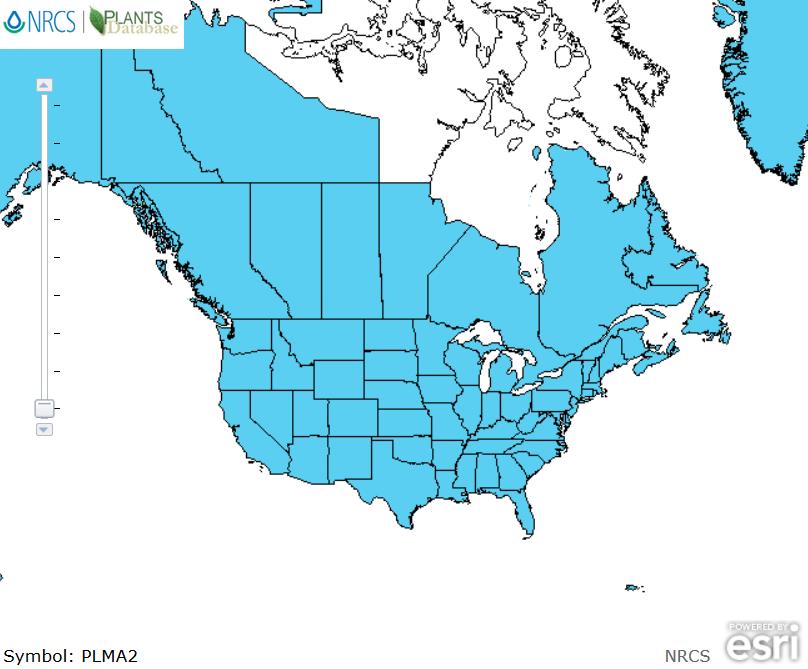 Pantain
2/ 10
Common plantain (Plantago major ) is a broad-leaved perennial from the Plantain family (Plantaginaceae) that is considered to a troublesome weed. It is often found in horse paddocks containing little to no grass coverage. The plant initially forms a rosette of oval-shaped leaves. Between early summer and late fall, leafless flower stalks, 6 to 18 inches tall, arise from the center of the rosette. The flowers are small, greenish-brown to white which will become a small capsule-like seedpod containing 10 to 20 seeds. When the seeds are mature, the seedpods split in half, and the seeds fall to the ground to start the whole thing over.

P. major isn't actually a true toxic plant because it doesn't contain any toxins. However, it can potentially cause harm to horses which are on restricted diets, where they need to limit their sugar and starch intake (such as horses with Cushing's disease, Polysaccharide Storage Myopathy (PSSM), Insulin resistant, and Laminitis). This is because P. major is known to accumulate high levels of non-structural carbohydrates (NSC), which are a combination of starch and sugar.

P. major can also be a problem if horses actively seek out this plant to eat, since horses are unable to tolerate large levels of NSCs eaten in one setting. Doing so, can result in metabolic disturbances, such as colic or laminitis.