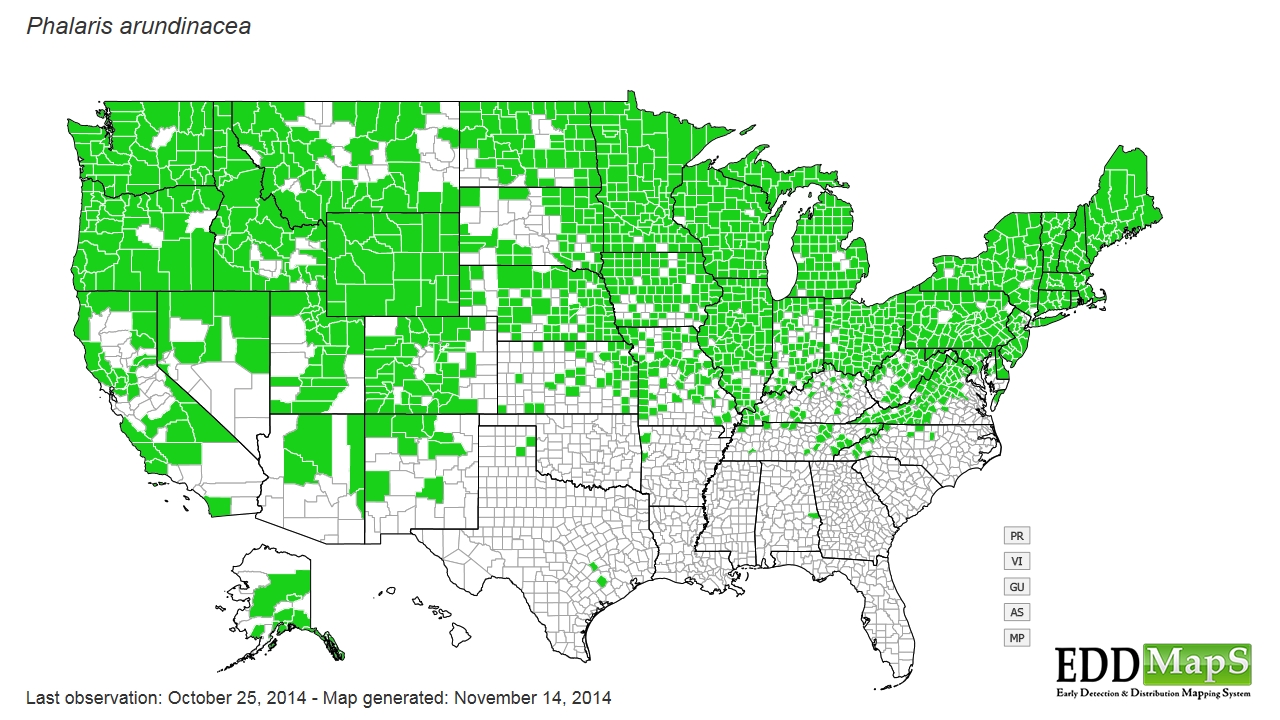 Toxic components
All parts of P. arundinacea contains tryptamine alkaloids. It has also been known to accumulate high levels of selenium, causing selenium toxicity in horses. The toxicity increases when the plant is stressed, such as during certain environmental conditions such as drought, nitrogen fertilization, cloudy days, new growth or regrowth, top growth consumption, and leaf versus stem consumption. Cases of poisoning in livestock have been documented since 1942, primarily in Australia and New Zealand, with recent poisonings reported in Argentina, South Africa, Norway, and the United States. Sheep are considered to be the most susceptible species, but cattle and horses can also be affected.

Consumption of P. arundinacea can manifest in two different forms in horses---as "sudden death", presenting as a neurologic or a cardiac syndrome or as "staggers", affecting the horse's locomotor abilities in an acute or chronic form. The acute form is reversible, but the chronic form is not and is usually lethal.

MANUAL CONTROL: Hand pulling or digging works for small patches, however make sure to remove the entire root mass. Small infestations that are near the shoreline can help reduce the density by tarping with heavy duty plastic or non-woven geotextile fabric.

MECHANICAL CONTROL: Mowing could work if the stems are not underwater.

CHEMICAL CONTROL: Larger infestations require herbicide treatments which may require a state permit if in the United States. An aquatic formulation of glyphosate or imazapyr is most effective if applied in the summer or early fall. It may require a couple years of applications.