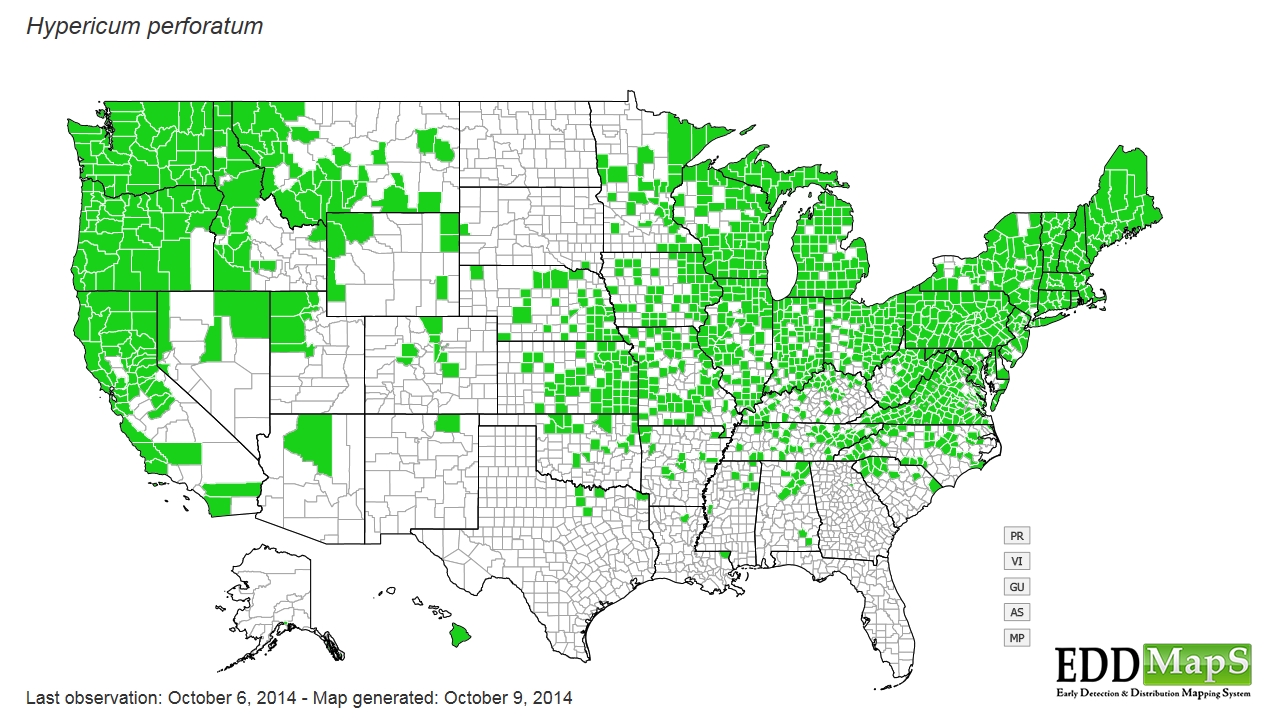 Klamath Weed, Goatweed, Rosin Rose, Tiptons Weed, Chase-devil
4/ 10
St. John's wort (Hypericum perforatum) is an upright perennial herb that is native t Europe. It has been introduced to most other regions worldwide, and is well known for its medicinal value. H. perforatum has yellow-orange, five-petaled flowers which have black dots along the margins. Its leaves are oblong to linear and are arranged opposite one other along the stems with small, pinhole-like dots. The stems are often reddish and have two ridges that run along their length. H. perforatum produces reddish-brown sticky fruit capsules which contain many dark brown or black seeds. 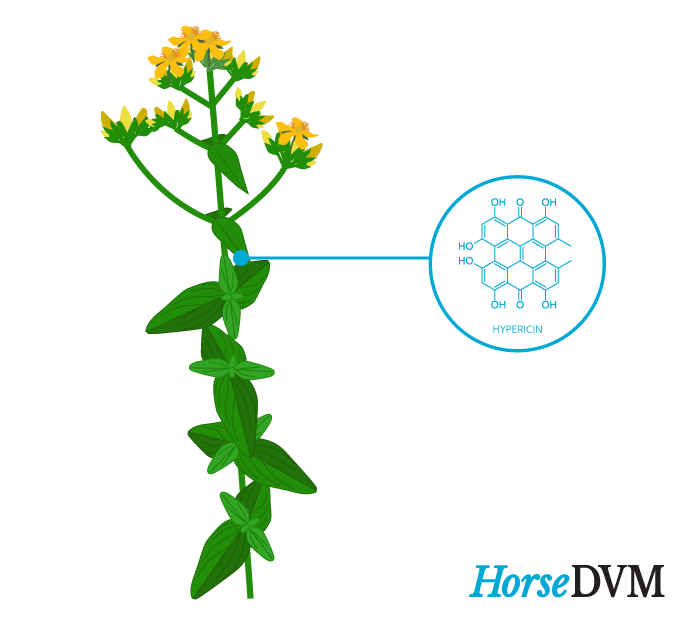 H. perforatum contains quinones, which can cause photosensitization in horses. The extent of skin damage is typically limited to the unpigmented (white-colored areas) skin that were in contact with the plant. The toxin is a quinone called hypericin. After ingestion of H. perforatum, hypercin gets absorbed from the gut and enters the bloodstream where it is distributed to all the tissues and skin. When the hypericin in the skin is exposed to sunlight, it interacts with the cells and causes tissue damage. Hypericin levels within the plant are highest in the spring, during rapid growth of the plant and remain high until the end of flowering.

MECHANICAL: Hand-weeding, either by pulling plants out by hand or digging plants out using a hoe or shovel, is not an effective method of controlling St John’s wort. St John’s wort can reproduce from buds produced on its roots; therefore, new plants will grow unless the entire root structure is removed.

FIRE CONTROL: Burning checks the growth of St John’s wort and destroys seeds on the plant, but has a more detrimental effect on the associated pasture than on the St John’s wort.