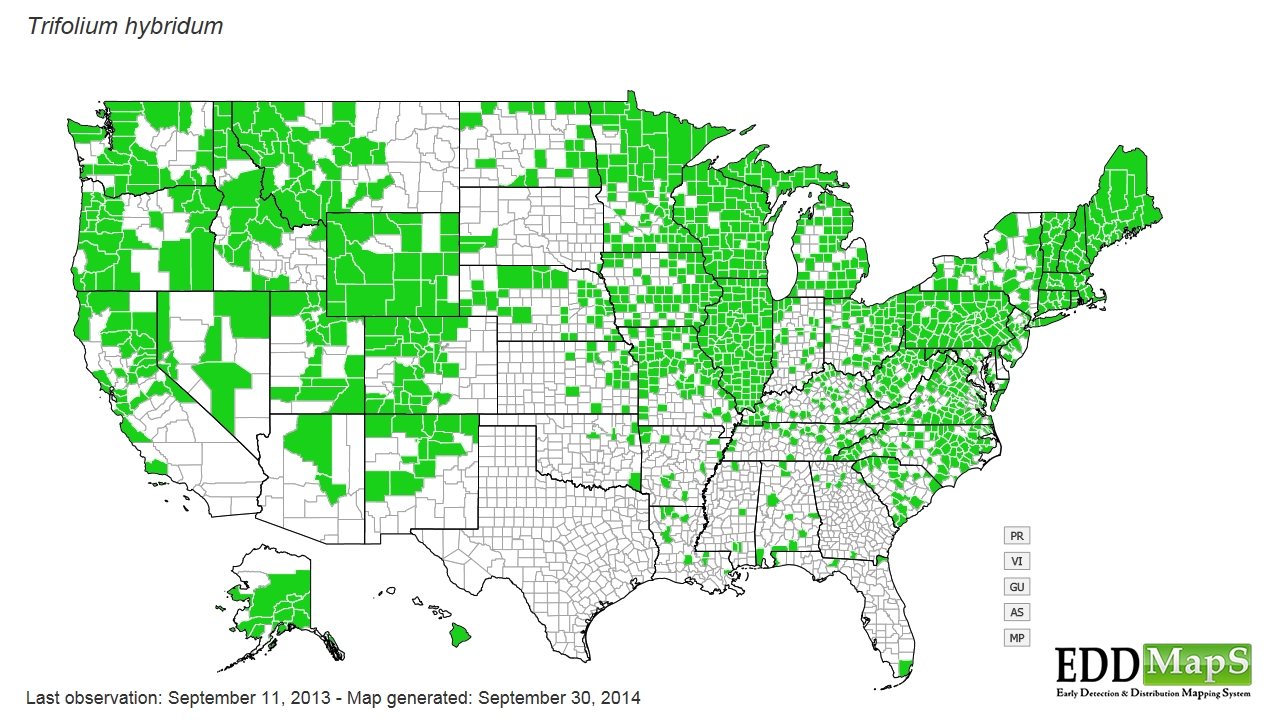 4/ 10
Alsike clover (Trifolium hybridum ) is a short-lived, non-creeping perennial that is often used for hay, pasture, and soil improvement. T. hybridum grows well in northern latitudes and at high elevations. It is most frequently found in the northeastern United States and Canada.

T. hybridum has smooth green leaves with a tapering point. It has a semi-erect, sparsely branched, grooved stem and is hairy in its upper regions. The flowers are white or pale pink which turn brown at maturity.

Toxic components
If consumed, T. hybridum can cause acute and/or chronic poisoning in horses. Chronic poisoning (known as 'Big liver syndrome') is an irreversible liver disease often accompanied by neurological symptoms. Acute poisoning occurs in the form of photosensitivity. There is also a potential for nitrate poisoning.

The majority of T. hybridum poisoning cases occur between April and November. Horses consuming as little as 20% of fresh pasture or hay containing T. hybridum can begin to show signs of liver failure. T. hybridum poisoning does not appear to occur every time it is consumed. It is thought that the toxicity may be caused by a mycotoxin which is either created by a fungus growing on the plant, or created/accumulated by the plant under stressful growing conditions.

CHEMICAL CONTROL: Use a broadleaf herbicide or go through the pasture with glyphosate to kill everything and start over with a new pasture mix seeding. Talk to a local agricultural professional who can recommend the correct herbicide for this situation.