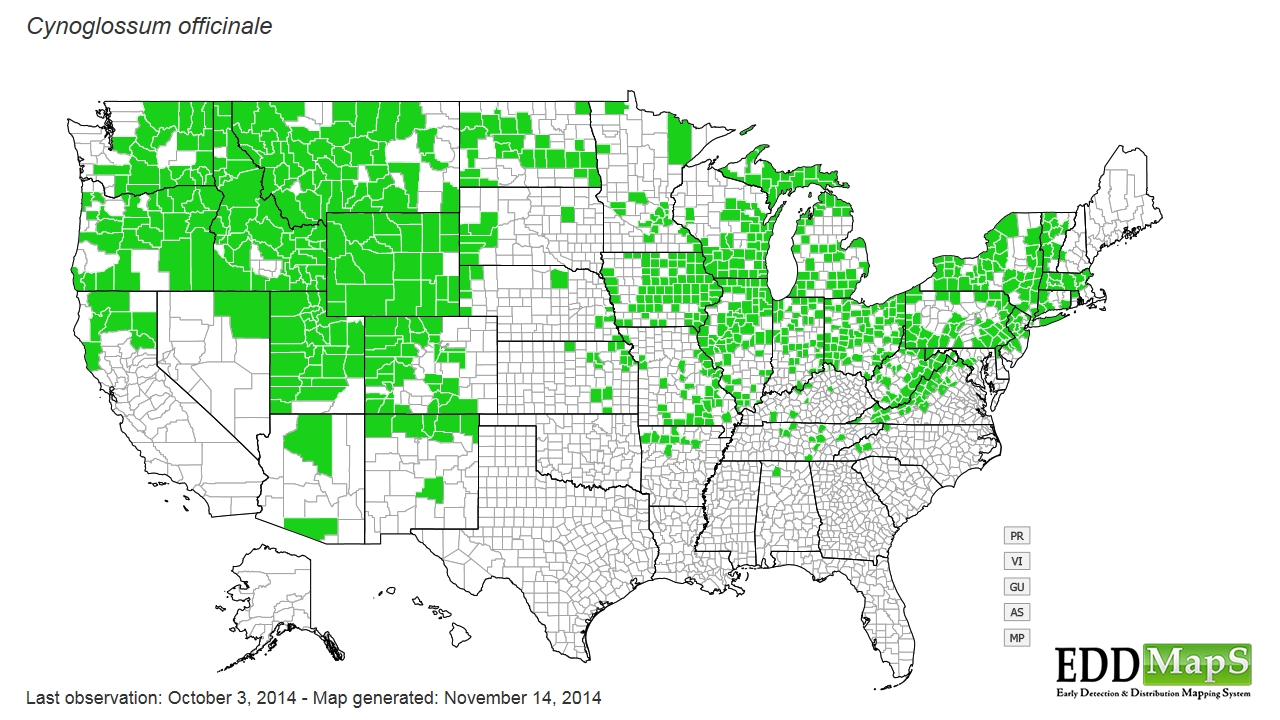 Gypsyflower, Dog's Tongue, Rats And Mice, Gypsy Flower
6/ 10
Houndstongue (Cynoglossum officinale) is a flowering plant that is a member of the Borage family. It is a biennial that produces a rosette the first year of growth and bolts and flowers during the summer of the second year. C. officinale has a strong mousy-type smell, or of roasted peanuts. The flowers are small, arranged in clusters and not showy. C. officinale prefers well drained, relatively sandy and gravelly soils. It can also be found in shady areas and especially under the canopy of forests and wetter grasslands. 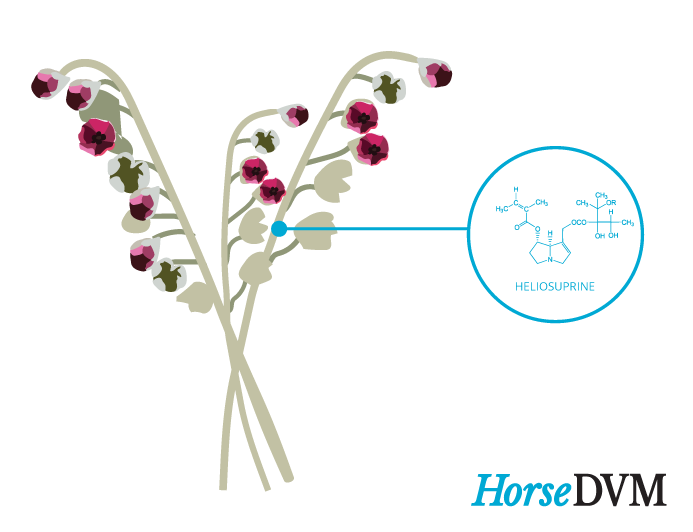 Substantial ingestion results in inhibition of neurons and paralysis. Most poisonings occur due to ingestion of C. officinale in contaminated hay or feed. C. officinale is more likely to contaminate hay at the time in which it is most toxic, when it is young and actively growing. The toxicity varies considerably, ranging from 5 to 360 mg/kg body weight per day of dried plant.

PHYSICAL CONTROL: Once established, houndstongue quickly forms dense monocultures. Treat first year plants with herbicides. Mow bolted plants to eliminate seed production. Repeat this process for several years to exhaust the seed bank. It is imperative to establish a healthy population of native perennials on treated areas to prevent the re-establishment of houndstongue or other noxious weeds.

CHEMICAL: First-year houndstongue rosettes are easily controlled with 2,4-D applied from late May o mid-June. Second-year plants are much less susceptible to 2,4-D.

BIOLOGICAL: A root weevil, Mogulones cruciger, has been released for control of houndstongue in Canada.