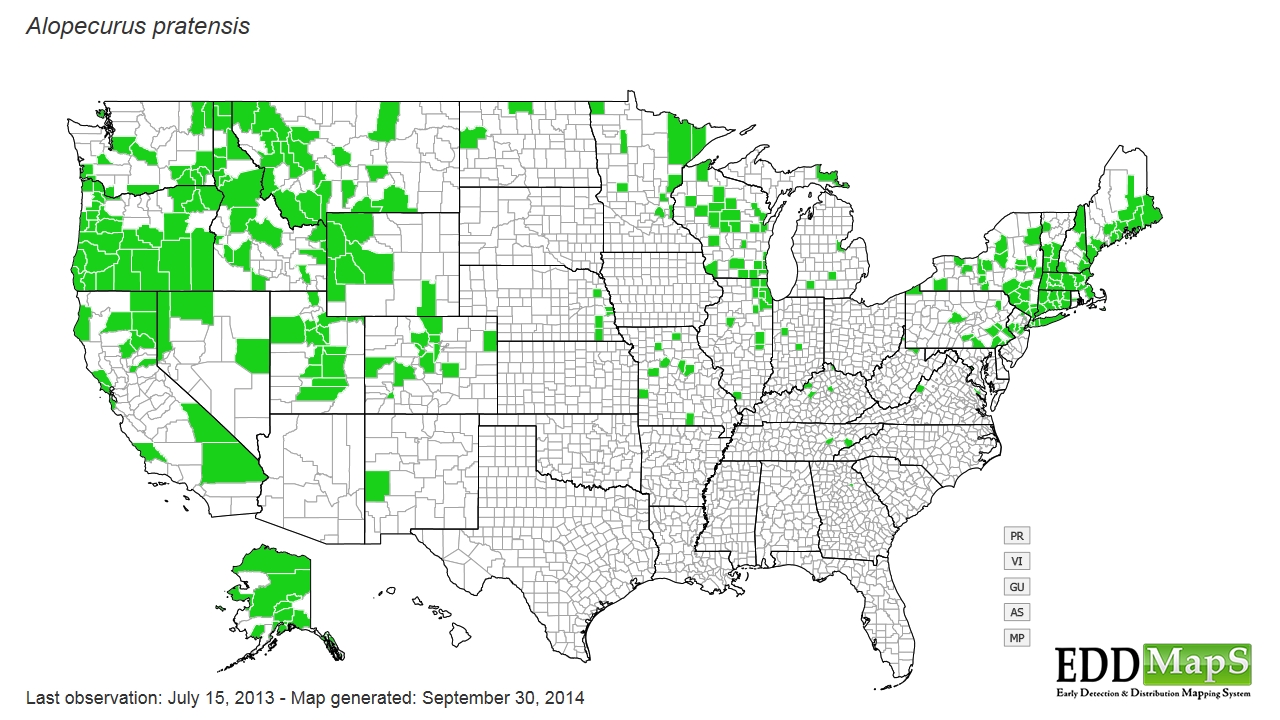 Golden Foxtail Grass, Yellow Foxtail Grass, Perennial Foxtail
3/ 10
Meadow foxtail (Alopecurus pratensis) is an erect, tufted, leafy perennial grass. It has long cylindrical flower heads with short silky hairs, appearing like a foxes tail, which it was named after. A. pratensis is native to Europe and Asia. It has been introduced to most temperate grassland regions worldwide and is found throughout North and South America and Australia.

Toxic components
A. pratensis contains sharp, barbed bristles or spines on the seed heads which can cause mechanical injury to horses upon consumption. Lesions are often seen in the mouth, and can cause pain and reluctance to eat. Deep ulcerations of the tongue, gums and cheeks may lead to abscesses. Problems usually occur when hay is cut late and a substantial number of foxtail panicles are present.

MANUAL CONTROL: Turn the soil by digging under the foxtails with a shovel and turning the plants under the soil, packing them down and cutting them off of sunlight. Work at night, dawn or dusk. There is speculation that turning the soil exposes foxtails to a bright flash of light, thereby stimulating the plant and making it grow faster. You can also pull or dig out the weeds, one by one but you must make sure to remove the entire plant, including the roots.

CHEMICAL CONTROL: Since foxtails are a grass, broadleaf herbicides do not control it. Glyphosate herbicide is effective in controlling foxtails. Wait 7 to 10 ten days and disk the ground to turn under the dead plant residue. Allow any existing foxtail seeds to germinate by waiting for rain or applying irrigation and then spray the new growth once sufficient plant material is present (approximately two weeks).