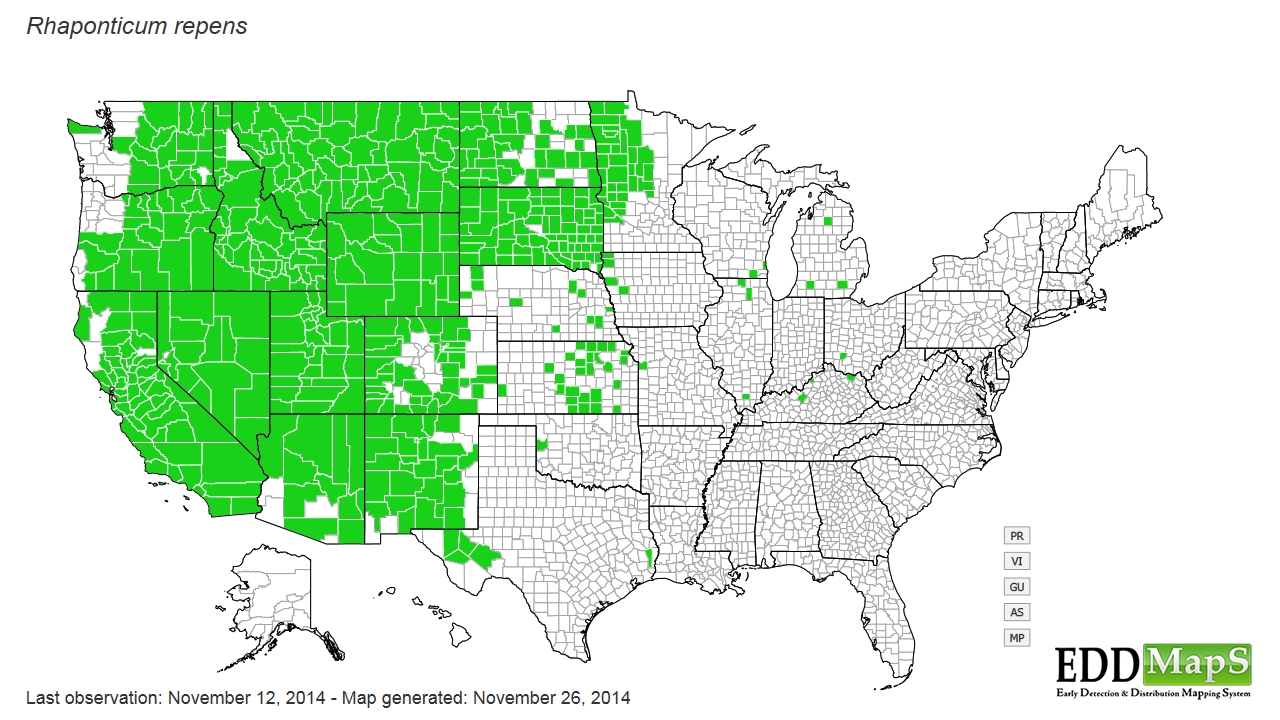 Blueweed, Hardheads, Creeping Knapweed
8/ 10
Russian knapweed (Rhaponticum repens, previously referred to as Acroptilon repens) is a bushy rhizomatous, deep-rooted perennial. It emerges in the spring to form spreading branches and produces light pink to lavender flowers which bloom from June to September. The plant is native to Eurasia but was introduced to North America in the late 19th century. It is widespread in most parts of the United States, especially in the western regions.

Russian knapweed contains sesquiterpene lactones, which act as neurotoxins. Ingestion of any parts of the plant causes equine parkinsonism (aka chewing disease) in horses. The toxic effects of the plant is cumulative, which means that poisoning most often results from a build up of toxins in the body over a period of time. Horses must consume large quantities of fresh or dried parts of the plant prior to reaching the toxic threshold. It is thought that horses must consume at least 60% of its body weight in russian knapweed prior to clinical signs of toxicity appearing. For an average sized horse, this is 750lb (340 kg) of the plant. The disease is characterized by the impairment of the horse's facial muscles which inhibits the ability of the horse to bite off and chew food. Horses will often display continuous chewing motions with their mouth. The effects of russian knapweed are irreversible and prove to be ultimately fatal to the horse.

MECHANICAL: Use mowing in combination with herbicide treatments than tilling. Hand-pull only when wearing gloves.