Cyanide toxicity is relatively common in horses due to the large number of cyanogenic forage plants such as sorghum, sudan grasses and corn. The amount of cyanide present in these plants are highly variable, but are typically highest during the spring while blooming. Drought and dry growing conditions enhance the accumulation of cyanogenic glycosides in many of these plants as well.

Once ingested, the toxin is quickly absorbed from the horse's gastrointestinal tract, and into the bloodstream. Once in the blood, it travels all over the body and inhibits blood cells from delivering oxygen to tissue cells. The blood becomes supersaturated with oxygen and appears bright red. Cyanide essentially inhibits the use of oxygen by the cells in the horse's body, causing them to eventually suffocate to death. 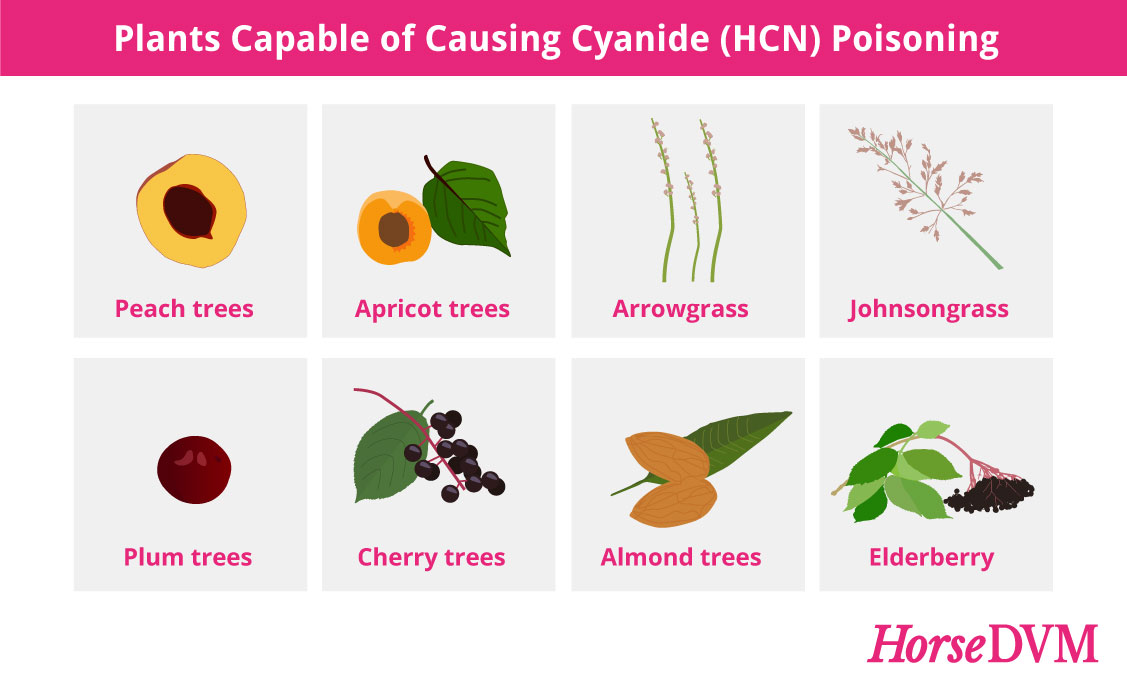 Plants capable of producing high levels of cyanide: An increase in toxicity in plants containing cyanogenic glycosides can be caused by a number of factors which include:Any stressful condition that inhibits the growth of the plant can cause higher amounts of cyanide to develop.

Symptoms of acute poisoning usually occur within ten minutes of ingestion. Most common clinical signs include:

Sodium nitrite or Methylene blue : Must be rapidly administered.