Photosensitivity is an extreme sensitivity, or immune system reaction resulting in a severe dermatitis. It may appear similar to a sunburn, and is similarly associated with sunlight exposure. However, while a sunburn is caused by extended exposure to UV light, photosensitivity occurs as a result of a reaction from the presence of a photodynamic substance within their tissues which is triggered by sunlight exposure. It is important to distinguish a sunburn from photosensitivity because the later is much more serious, and the cause needs to be determined.

Where Photosensitivity is Found on Horses

Photosensitivity occurs in the unpigmented areas (white skin areas) of the horse, predominately areas most exposed to the sun, such as the skin around the eyes, ears, face, muzzle, tail and coronary band. 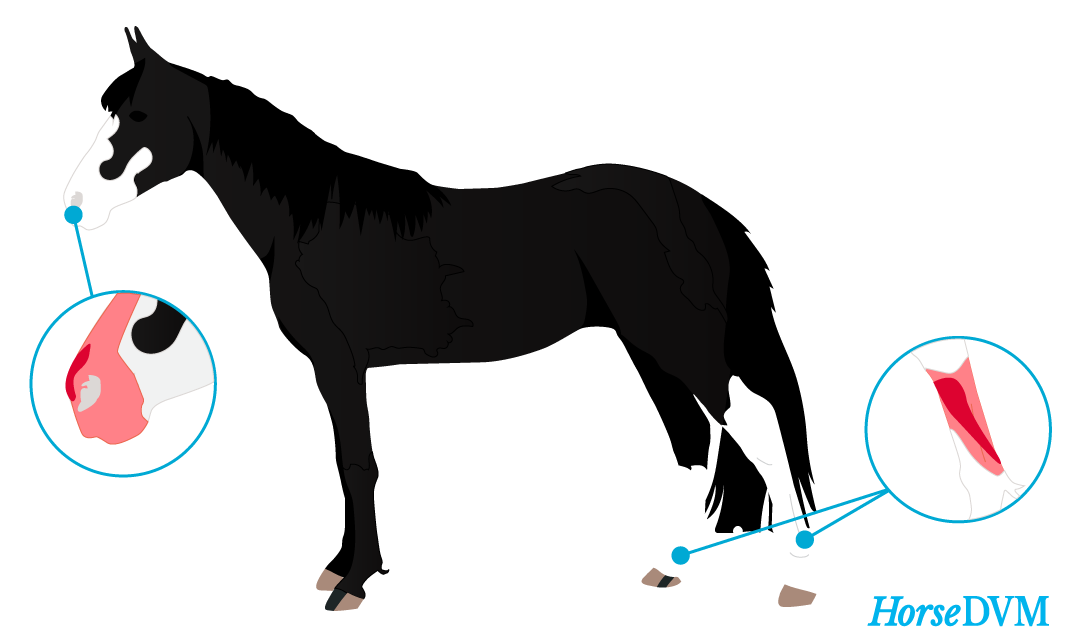 Onset can occur within minutes of exposure to specific types of plants by direct contact, within hours after ingestion, or after several days of exposure.

Photosensitivity can occur as a result of ingestion or contact with certain toxic plants while grazing in pastures, certain medications, or as a secondary result of liver damage. There are two general types of photosensitivity reactions--primary and secondary.